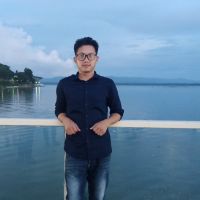 The FDA approval process for medical devices is long, expensive and tough. The average cost to get a device approved by the FDA and bring it to the market can be more than $31 million depending on the type of application.

This can be an insurmountable obstacle for many entrepreneurs who have great ideas but don't have the funds available to take them through this process.

One way around this problem can be crowdfunding - but there are some caveats that need to be considered before starting your campaign.

In this blog, I will briefly shed light on crowdfunding for medical devices so that you are not at a crossroads with no idea of how to move forward.

What is crowdfunding for medical devices?

Crowdfunding refers to the practice of funding a project or venture by raising many small amounts of money from a large number of people.

There are various models that can be used: The first and most familiar is the donation model where the investors do not receive any rewards for their investment.

The second is lending where those who invest in the project get regular interest payments similar to bond financing.

For crowdfunding for medical devices, it usually refers to rewards-based investing whereby investors are given some type of reward, most probably in the form of the medical device itself, in exchange for their investment.

There are several different types of crowdfunding platforms that can be used including Indiegogo and Kickstarter, among others.

The FDA's role in the approval process

The FDA is not involved in the actual investment part of crowdfunding so don't go looking for them on Kickstarter.

However, they are concerned with the product that is being funded and will review the claims that are made in a crowdfunding campaign.

If a person is making unfounded claims about a device, it can be considered to be a false or misleading statement and this is prohibited by federal regulations.

How to get your medical device approved by the FDA?

You can use the crowdfunding platform to gauge interest in your device by receiving pre-orders, which will help you determine if there is enough demand for your product.

However, you are not allowed to offer the device itself as a reward until after it has been cleared or approved by the FDA.

At the end of the crowdfunding campaign, you can let your backers know that they will be receiving a medical device that has been approved for marketing by the FDA.

After all, they are not investing in an idea or concept - rather in a medical device that has been proven to be safe and effective.

That's all about FDA approval regarding crowdfunding

The FDA approval process is a lengthy and complicated one.

It's also not always clear on the best way to get your medical device approved by the agency.

In this article, I hope that I have been able to provide some clarity for you about the crowdfunding option as well as how you can go through all of these steps in order to have your product approved by the FDA!

If you're still looking for help with any other aspects of getting a medical device from idea to market, don't hesitate to drop me a message or visit our website Scout Mine.

Save
1 love
Subscribe to Posts by Ananta
Get updates delivered right to your inbox!