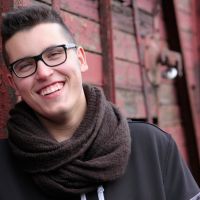 PRP - plasma rich in platelets- is one of the latest techniques developed in the field of aesthetic medicine and is growing exponentially thanks to the regenerative properties that are able, in a biological way, to fight and cure various aesthetic problems. Thanks to these infiltrations it is possible to combat some imperfections that until a few years ago would have forced patients to perform surgery, guaranteeing maximum effectiveness in terms of results and duration. This treatment, despite being slightly less known than solutions such as fillers rather than lipofilling , is making its way through the possible variables to improve those physical aspects that push patients to approach the world of aesthetics. What is PRP and what imperfections it can cure The PRP, unlike other techniques that involve the infiltration of innovative and resorbable materials, is nothing more than the modification of the number of platelets present in the blood sample that is taken from the patient. In fact, substances that can be defined as repairing substances circulate in the blood and perform the function of regenerating the skin and tissues in a short time. The properties of PRP, being a concentrate of growth factors, are able to stimulate the natural regeneration of tissues , allowing to improve skin imperfections - such as scars - and aesthetic problems such as baldness. To obtain platelet-rich plasma it is sufficient to subject a patient's blood sample to a process that culminates in the production of a part of the plasma with a high concentration of platelets , obtaining the same solution enriched with platelets of the same organism. Through the use of one's own blood it is therefore possible to go and work on problems and imperfections that risk becoming, as well as an aesthetic limitation, a psychological problem for the one who presents them. PRP is a treatment that has spread mainly in the care of skin and subcutaneous tissues to improve the appearance of the skin of the face , neck and décolleté, improving skin tone and allowing to work on the rejuvenation of the treated area. Moreover, beyond the satisfactory results on the aesthetic side, the PRP is an excellent solution to face and combat the problem of baldness , a symptom that affects 39% of men. PRP Production: PRP is obtained from small amounts (approximately 10-80 ml) of patient blood by centrifugation and using PRP tubes. Treating baldness with PRP Alopecia, more commonly known as baldness, is a problem that affects a large part of the world population and has been trying to be combated for several years. The medical staff operating in the aesthetic medicine field has developed various technologies thanks to which it is now possible to cure this problem without having to resort to skin transplantation, and one of these concerns the use of plasma enriched with platelets. Alopecia can occur in two different ways: total or areata . As the words themselves indicate, total baldness affects the entire area of ​​the skull, while the aerated area - also called patches - has a decrease in hair only in some parts of the head. The PRP treatment is more suitable for the care of areas that still have a fine and thin layer of hair since the growth factors present in the platelets stimulate the activity of the bulbs still present. How PRP treatment for baldness takes place The treatment lasts about 30-45 minutes and involves the use of local anesthesia . Before undergoing the treatment, it is recommended - not mandatory - to carry out blood tests to verify that the values ​​are correct and that the intervention can proceed. After taking the blood (venous) sample, the sample will be placed in a centrifuge which will separate the components of the blood by isolating the plasma rich in platelets, the regenerative substance . Subsequently, the affected area will be anesthetized and will undergo the necessary number of infiltrations to ensure a satisfactory result. PRP infiltrations, also called micro injections, are done on the scalp at a distance of about one centimeter from each other, managing to block the process of hair loss and the thickening of the affected area. Post-treatment and results After finishing with the micro injections, the doctor will perform a massage so that the plasma rich in platelets can expand evenly. Being a minimally invasive treatment, there is no type of hospitalization for the patient, who can return to his normal activities immediately after the surgery . The first results will be visible about 2-3 months after the first session, but they will reach their peak almost after 6 months; if you want to intensify the result, it is possible to undergo a session again with a minimum distance of another 2-3 months. Finally, to maintain the final effect, it will be sufficient to carry out a booster once a year. The cost of the sessions varies both according to the amount of platelet-rich plasma that is needed to obtain from the centrifugation of the blood, and according to the extent of the area to be treated (if it is very large, the cost of the session will be high compared to treating smaller sizes).

This post is tagged in:
Save
Subscribe to Posts by Abbascey
Get updates delivered right to your inbox!

Will be used in accordance with our Terms of Service
More posts from Abbascey
Add a blog to Bloglovin’
Enter the full blog address (e.g. https://www.fashionsquad.com)
Contact support
We're working on your request. This will take just a minute...
Enter a valid email to continue