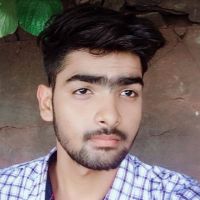 Can it possible to the plan Agra Overnight Tour?

Standing on the scenic banks of the River Yamuna, Agra, a city in the Uttar Pradesh, is one of the most visited tourist attractions in the world.

Are you thrilled to know that why this city being the top one? Because it has numerous historical spots of attraction that influence countless people from all over the world city.

Agra is a city, which is situated in the northern state of India called Uttar Pradesh. It is around 200 kilometers close to the country’s capital state i.e. Delhi. It is a land of many historical houses, three among is awarded as the UNESCO World Heritage Sites.

Besides, Agra has the world famous Taj Mahal, one of the seven wonders.

When can you explore the Agra?

Being the must-visit city of India, you should plan a trip to Agra. If you have a hectic schedule, then you can plan the Agra Overnight Tour.

Well, it is possible to plan a tour to Agar overnight tour, thereby, you can explore this beautiful city in a short span. But, how it's possible?

You can commence your Agra tour at 7.00 pm from Delhi. You will reach at Agra around 11.00 pm. Then you can transfer to hotel. Next day- start exploring the beautiful and historical place of India.

In the morning of the next day, get your breakfast and move your ways towards exploring the different buildings. Start your touring from the Taj Mahal:

The Taj Mahal is also tilted as ‘The Wonder of India’. It is the most famous tourist attraction in India as it built so beautifully with the red sandstone base along with intriguing calligraphy and montage work embellished with priceless stone by the Mughal Emperor Shah Jahan in the memory of his beloved wife Mumtaz Mahal. You can spend 2-3 hours over there.

The Agra Fort is a finest Mughal structure built on the bank of River Yumana, which is near to the Taj Mahal. It is a semi-circle shaped building contemplated the grandness of the royal Mughal era. It has many palaces to see such as Diwan-e- Am, Pearls Mosque, Jahangir’s palace, Diwan-e- Khas, Khas Mahal, Shish Mahal, and Mussammam Burj.

The Sikandra fort is a place to graze the tomb of the Mughal emperor. Also famous as the Mausoleum of Akbar, this place exhibits the tomb of the Mughal Emperor. It had designed with the special red-color sandstone. It place stands in greater glory in a garden with lofty walls. While planning the overnight Agra tour, make sure to explore the Sikandra Fort as it is a very peaceful place.

Itmad-Ud- Dualah’s Tomb is a place showing the memories of Noor Jahan. It was established on the demand of the Noor Jahan for her father Mirza Ghiyas Bagh. You will see the Noor Jahan’s parents placed side by side in the tomb.

Besides these places, you can visit Kinari Bazar, Sanjay Palace, Munro Road, Taj Complex to buy some leather products as this city is manufactured of pure leather. You can also devour Peetha which is a sweet, again a specialty of the Agra.

In brief, this Agra city tour will not only embed you with a great history but endow you refreshing time from your schedule.