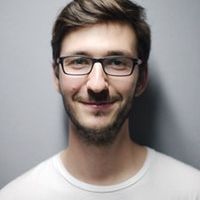 Yesterday Verizon announced that Hans Vestberg, company’s chief technology officer and VP of global networks, will become its next CEO and succeed current chief executive officer Lowell McAdam on August 1st, 2018. McAdam has been leading Verizon Communications since 2011. Verizon Communications is the parent company of Verizon Wireless, Verizon Fios, and other telecommunications subsidiaries.

Lowell McAdam began his journey as Verizon CEO just after the launch of company’s 4G LTE network, which has been expanded nationwide. Verizon did some major acquisitions including AOL and Yahoo, which were later brought under the brand name Oath Inc. during his tenure. Verizon will retain McAdam as the executive chairman of Verizon’s board till the end of this year.

Hans Vestberg is a newcomer to Verizon. He was formerly the CEO of Ericsson. Vestberg joined the company in 2017 and oversaw the Verizon’s 5G technology development and continued fiber buildout. And only about a year later, he is set to take on the top job. The inside sources say that the board wanted “a fresh set of eyes” as the company ventures into the 5G business. Verizon looks to offer its 5G services in five cities by year’s end. Verizon has sent clear signals that by appointing Vestberg as the new CEO, the company aims to prioritize its technology business and network expansion over content and media.

Verizon’s rival AT&T wants to build out enormous ad-tracking operations, but Verizon is using its media subsidiary Oath Inc and other various media properties to bolster its ad-tracking operations. Vestberg has some challenges laid out in front of him as the new Verizon CEO. If regulators give the green signal to the proposed $26 billion merger between T-Mobile and Sprint, the current mobile market will reshape dramatically and Vestberg has to make sure that Verizon stays on top during all these transitions. The tie-up of T-Mobile and Sprint would create a mega-carrier that will have the subscriber count closer to Verizon, which still enjoys the most wireless customers in the United States. McAdam has rejected any concern over the matter.

Verizon board chose Vestberg over John Stratton. Stratton was a decades-long Verizon employee who was VP of global operations until this announcement. Immediately after this announcement, Stratton vacated his VP office and said that he will also be retiring by the end of this year.

Read More: Why does Yahoo and AOL want to read your emails?

This post is tagged in:
Save
Subscribe to Posts by Brook Lyn
Get updates delivered right to your inbox!

Will be used in accordance with our Terms of Service
More posts from Brook Lyn
Add a blog to Bloglovin’
Enter the full blog address (e.g. https://www.fashionsquad.com)
Contact support
We're working on your request. This will take just a minute...
Enter a valid email to continue