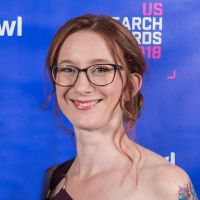 How to take a screenshot on a Windows PC

Taking a screenshot can seem like a minor computing task, but it’s a very useful skill to have nonetheless. Screenshots can be helpful at work, essential for record-keeping, or may even be requested by tech support to better illustrate a bug you’re experiencing.

But when it comes to taking screenshots on a Windows PC, the first thing to know is that you actually have a wide variety of methods to choose from.

You aren’t limited to just the Print Screen key and your other options include sending screenshots to OneDrive, getting them via Game bar, and others. Our preferred method uses the Paint program, but you can edit screenshots with nearly any first- or third-party tool.

Windows provides six methods to capture your desktop as an image. Three are based on the Print Screen (PrtScn) key while the remaining three require the Windows (Win) key.

On external keyboards, you’ll find a dedicated PrtScn key located in the upper-right corner. The Win key typically resides on the lower left between the Control (Ctrl) and Alternate (Alt) keys. It sports the Windows logo, so it’s not hard to miss.

On laptops, the Print Screen command may be combined with another function on a single key, as shown above. In this case, you must press the Function (Fn) key in addition to the Print Screen key.

Here’s a breakdown of the six screen capture commands:

1. Print Screen (PrtScn) – Captures the entire screen. If you have more than one display, this function captures everything shown across all connected displays as a single image. By default, this method does not save your image as a file, but merely sends the captured image to the clipboard.

2. Alt Print Screen – Captures a single window. Be sure to highlight the target window first, such as a document or browser, before pressing these two keys (or three on a laptop). By default, this method does not save your image as a file, but just sends the captured image to the clipboard.

3. Win Print Screen – Captures the entire screen. The difference here is that Windows saves the image as a file. By default, it’s sent to C:UsersPictures>Screenshots on your PC.

4. Win Shift S – Capture a screenshot using the built-in Snip & Sketch tool. The screen dims and provides four choices on a small toolbar: Rectangular, Freeform, Window Snip, and Fullscreen Snip. This tool does not save captures as an image but merely sends them to the clipboard. We expand on this later in the guide.

5. Win G – Opens the Game bar. Click the screenshot button and this tool saves an image to C:UsersVideos>Captures by default. To use this tool, make sure the Game bar’s screen capture feature is toggled on in Settings > Gaming > Game bar.

6. Win Alt Print Screen – Captures the entire screen. This command saves an image to C:UsersVideos>Captures by default. To use this tool, make sure the Game bar’s screen capture feature is toggled on in Settings > Gaming > Game bar.

In some cases, the screen flickers or dims to signify that Windows grabbed a screenshot. If this doesn’t happen, open File Explorer and head to their respective default locations to see if Windows saved your image. Instead, you must click on the cloud icon parked next to the system clock (or in the hidden icons menu marked with an upward-facing arrow icon), select Help & Settings, and click Settings on the pop-up menu.

Next, click the Backup tab in the resulting pop-up window and check the box under Screenshots.

In this case, you can press the first three Print Screen commands to automatically save an image to OneDrive. You won’t see the screen flicker or dim for the first two commands — you’ll receive a notification instead.

Be sure to sync the Screenshots folder if you want to access the images on your PC. If you used a method that saves your screenshot locally as a file, you can locate and view the image using the Photos app. If everything looks great, you can move it, attach it to an email, upload it to the cloud, and so on.

However, if you need to crop an image — especially those taken on PCs with more than one screen — you have three native tools at your disposal: Paint, Paint 3D, and Photos.

You can’t create an image from scratch and paste from the clipboard.

In this guide, we use the older Paint program because it’s familiar and reliable. By default, you won’t find it listed on the Start menu. Instead, type Paint in the taskbar’s search field and click the resulting desktop app.

Paint may also be available when you right-click on an image. When the pop-up menu appears, hover your mouse pointer over the menu’s Open with option to see Paint listed on a secondary menu, as shown below.

Alternatively, you can locate the program — mspaint.exe — in the C:WindowsSystem32 directory. Right-click on the file and select Pin to Start on the pop-up menu. Step 3: Paste the screenshot (clipboard only)

You’ll need this step if you used a screenshot method that sends your capture to the clipboard.

With Paint open, click the clipboard-style Paste button located in the top left corner. You can also press the keyboard’s Ctrl and V keys to paste the image on Paint’s blank canvas, which expands accordingly.

With your screenshot properly inserted into Paint, you can crop, paint, create shapes, add text, and more. If you want to add stickers, 3D shapes, effects, and more, click the colorful Edit with Paint 3D button located on the toolbar’s right end.

Step 4: Save the screenshot

This method applies to all screenshot methods.

When you finish editing the image, click the main File option in the upper-left corner. Next, select Save As in the drop-down menu. This option expands with a selection of four file formats — PNG, JPEG, BMP, and GIF – along with the Other formats option to save your image as a TIFF or HEIC file.

Whatever format you choose, a popup window appears. Enter a filename and select your desired file format from the drop-down menu. You can select a specific destination too if you don’t want to save your screenshot in the default location.

When you’re ready, click the gray Save button in the bottom-right corner.

And that’s it! You’re done.

The best alternative native method is the Snipping Tool. This built-in screen-capture utility works well enough, but it’s not the most robust or versatile when it comes to saving a snapshot.

However, it’s a utility that allows users to better define and capture portions of their desktop display as a screenshot.

To start, just type Snipping Tool into the taskbar’s search field and select the resulting app. Once it opens, you’ll see a notification that it’s moving to a new home in a future update.

It’s still an available tool but Microsoft encourages you to use Snip & Sketch or the aforementioned Win Shift S keyboard shortcut.

Note that if you use the Free-Form and Rectangular modes, the screen turns white. Once you begin defining the screenshot space, the white tint clears within that area.

If you’re capturing a specific window, your screen tints white save for the contents within that window.

The Snipping Tool includes a delay feature too. It can wait between one to five seconds before it snaps a screenshot so you can capture a precise moment in a video or animation.

You can then take repeated snips in the same mode simply by pressing the Alt and N keys.

Once you capture a screenshot, the Snipping Tool interface expands to display your screenshot. You can perform light edits like using a pen, highlighter, and eraser.

You can also click the colorful Paint 3D button to perform additional edits in the newer application.

When you’re done editing within the Snipping Tool, click File in the upper left corner and then click the Save As option listed on the drop-down menu.

If you want even more options for choosing and customizing your screenshots (and don’t mind downloading a new app), we suggest giving LightShot a try.

LightShot may be a better option for more professional work or screenshots that need significant editing.

We also suggest GNU Image Manipulation Program or GIMP. It’s an open-source tool for creatives who don’t want to pay for an Adobe Photoshop subscription.

It provides everything you need to create artwork, edit high-definition images, and more.

Snip & Sketch is Microsoft’s newer version of its snipping utility. You can access this tool from the Start Menu or by typing Win Shift S on your keyboard.

If you use the keyboard shortcut, the screen darkens and renders a five-button toolbar along the top.

You have the same functions found in the older Snipping Tool, but it doesn’t save your screenshots as a file. Instead, the image goes straight to your clipboard.

If you load the Snip & Sketch app instead, click New in the top-left corner and select Snip now in the drop-down menu.

The screen darkens and the five-button toolbar appears. In this case, the screenshot loads within the app, allowing you to crop the image, apply a pen, pencil, highlighter, and eraser.

When you’re ready, save the image anywhere on your PC by clicking the disk-style button.

If you want to edit and save the screenshot using any installed image editor, click the three-dot icon on the toolbar and select the Open with option on the drop-down menu.

This post is tagged in:
Save
Subscribe to Posts by Cynthia K. Weisser
Get updates delivered right to your inbox!