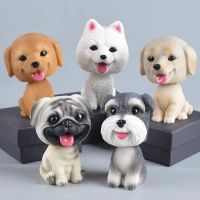 Australian Shepherd, also known as ‘Aussie’ are high-energy breeds originated from the United States and are considered the 17th most popular breed in the US. They have a weather-resistant double coat and weight from about 40 to 60 pounds and known as the smartest of all the breeds.

Aussies are smart, active, enthusiastic, easy-going dogs. They tend to get along with children and other pets. They are very protective, obedient, companions and loyal to their families.

Australian Shepherd are intelligent, hard-working dogs and easy to train & needs plenty of exercise, as they have got lots of energy. They can howl for long periods and can be destructive if left alone. Aussies need weekly brushing.

2. Aussies gained their popularity from Rodeos. Not only Australian Shepherds can help herd the bulls, but also, they can perform tricks.

3. As we know, Australian Shepherd is known as ‘Aussie’ but they have many more other names by which they are known as. They are also called by the names, Spanish Shepherds, Bob-Tails, California Shepherds, Pastor Dogs, Mexican Shepherds, and Blue Heelers.

4. Australian Shepherds are also known as “Ghost Eye”, and people sometimes consider them scared, especially native Americans. These dogs do not always have blue eyes but also ghostly eyes i.e. pale blue, are also common among this breed.

5. Aussies naturally have short tails. They have a chance of being born with a naturally bobbed tail.

7. Australian Shepherds have blue eyes but it can also be mismatched sometimes and can be green, hazel or brown, amber, or sometimes two different colors. That makes them more beautiful and attractive.

8. And last but not the least, Australian Shepherds are one of the popular breeds in the United Statues and it comes on number 18. Ahead of many more popular dog breeds like Pomeranians, Chihuahuas, and Cavalier King Charles Spaniel.

This post is tagged in:
Save
Subscribe to Posts by Boston Terrier Lover
Get updates delivered right to your inbox!

Will be used in accordance with our Terms of Service
More posts from Dog Lover
Add a blog to Bloglovin’
Enter the full blog address (e.g. https://www.fashionsquad.com)
Contact support
We're working on your request. This will take just a minute...
Enter a valid email to continue