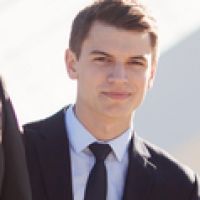 What Kind of Fish Are In Lake Conroe Apart From Largemouth Bass?

Anytime you mention Lake Conroe to any serious angler in the USA, the first thing that would come to mind is largemouth bass.

This is because the 20000-acre water body had produced some of the biggest largemouth basses in recorded history. It has produced a fish as heavy as 14.8lbs, and this created quite a fuss, given that it came from a human-made water reservoir.

However, fishing does not end with the largemouth bass. The lake is also abundant of other fish species such as catfish, bluegill, crappie, tilapia, and bowfin.

This article aims to educate you more on why this lake is so populated with bass plus all the major fish species that you can find in the reservoir.

Why the large number of bass?

According to an official from the Texas Wildlife department, we can attribute the rise in bass population to sufficient stocking of the reservoir with the largemouth bass as well as the increase in aquatic vegetation.

For over 40 years, the wildlife department has stocked the lake with up to three million largemouth bass species.

Further, the Lake Conroe Restocking Association has also taken the task of adding to these numbers, with over 100000 bass fish of ranging between 3-5 inches in size.

We can also attribute this population growth to the increasingly large acres of native vegetation and hydrilla, both covering approximately 1476 and 870 acres respectively.

They offer the habitat that would provide the necessary conditions for successful reproductive process. Various studies done point to a direct link between the increase in the vegetation and the population growth.

This is the most popular of the bass species and is found in depths ranging from 1ft to 60ft. Its preferred temperature is between 60-80-degrees, and its weight can exceed 20lbs.

It has such a wide mouth that it can swallow a fish of its size. This explains its alternative name of bucketmouth.

This type is usually found in the rocky sections of the water at depths ranging from 1ft to 50ft and at temperatures between 58 to 72 degrees.

It may not be as large as the largemouth, but it is faster, robust, and would 'jump from the water into your arms.

You would know this species by the names yellow perch or long-eared sunfish and prefers relatively still waters. The ideal temperatures range from 60-85-degrees, and you can locate them at depths of up to 35ft.

This depth, however, varies with temperature.

This type prefers the warm waterways with temperatures of 70-degrees and above. It can grow to a weight of up to 9.6lbs, and you need crickets or worms on a size 12 hook to fish it out.

Are there Sharks in Lake Conroe?

No, there are no sharks in the lake. This confusion mostly occurs due to the gigantic fish that thrive in the lake.

Some bluefish grow to a length of 42-inches and even over 100lbs. These giants are a testament that the lake offers one of the best environments for fish to thrive.

Still on the sharks, although we are used to having them in salty water, they can also survive in freshwater, although it may take a toll on their bodies.

With all that information, next time you head over to Lake Conroe, you know what species you expect to catch. Additionally, you should also locate the best spots for these fish to ensure you wrap up your day with a successful catch.

Save
Subscribe to Posts by James Kerry
Get updates delivered right to your inbox!

Will be used in accordance with our Terms of Service
More posts from James Kerry
Add a blog to Bloglovin’
Enter the full blog address (e.g. https://www.fashionsquad.com)
Contact support
We're working on your request. This will take just a minute...
Enter a valid email to continue