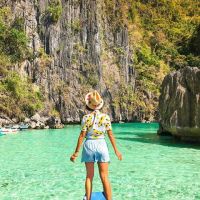 The Ever-Popular And Mouth-Watering Top 9 Dishes In London

The Britishers are not exactly famous for their good food, but rather for the great variety of international cuisine that can be found in the country. It's classic to hear people say that typical English food is bad. And it's a shame, because it's not true. What happens is that very few people know what is the traditional food of the United Kingdom is. Despite preconceived and wrong ideas, the Britishers have a wide variety of mouth-watering dishes and vary greatly from one region to another. So here are 10 best dishes of British food that I am convinced will change your mind forever. Enjoy! Also known as "bacon and eggs" or "fry-up" is something that, despite the generalized misconception, is only eaten on special occasions. The English breakfast consists of strips of bacon, fried eggs, sausages, beans, hash brown (fried potatoes and bread crumbs in the form of a hamburger), pudding, fried tomato and mushrooms, all accompanied by a piece of toast that is served on the side of the plate. It's a real calorie festival, but it's delicious! Another of the most famous English dishes, also known as "Sunday dinner", "Sunday lunch", "roast dinner" or "Sunday joint". It usually consists of roast meat (beef, chicken, lamb or pork), roast potatoes, mashed potatoes, "Yorkshire pudding" (a baked dough made from flour, eggs and milk), vegetables and "gravy" (vegetable sauce) or meat). The sauce to accompany the dish may vary depending on the type of meat served.

A favourite of the British! It is as simple as a potato baked in the oven until the skin is crisp and the inside tender and soft. It is cut in half and served with butter or margarine and a variety of fillings such as tuna and mayonnaise, cheese and beans, cheese and coleslaw, etc. You'll even find potato stands on the street, selling hot and freshly made "covers potatoes".

Also, very popular, this typical British dish consists of fried potatoes served with battered fish. It is usually made with cod, hake or haddock and the potatoes are seasoned with salt and vinegar. Surely it is one of the typical foods of England better known abroad.

It is a thick, sweet and vanilla-flavoured cream. It is very like custard, and is typically served with fluffy desserts. It is also used to prepare more complex cakes or desserts. Among its ingredients are milk, eggs, sugar and vanilla sticks.

One of the things that the English are famous in the whole world, is for their tea. The typical thing in England is to drink black tea. It is served with milk or cream and sweetened to taste with sugar or honey. If you want to discover some good places to have tea, check out this article.

Traditionally served between four and five in the afternoon, tea is taken today at any time. The traditional afternoon tea consists of black tea with milk, served in a teapot and accompanied by a wide variety of pasta, pastries and light sandwiches. The "Cream tea", "Cornish cream tea" or "Devon Cream tea" is a local Devon specialty although it is enjoyed throughout the country. It's the tea served with a bun stuffed with lots of jam and whipped cream.

Cheddar cheese is a relatively hard, strong, yellowish-white cheese that has its origins in Somerset, in the Cheddar Gorge. It has a strong flavour, more intense the more cured the cheese is. The "ploughman's lunch" is a dish made with cheddar cheese accompanied by boiled ham, tomato sauce and candied vegetables, apples, pickled onions, salad leaves and crusty bread.

Another great favourite among the English. It consists of Cumberland sausages (or some of their varieties) served on a generous mountain of mashed potatoes, sometimes accompanied by peas and a rich chive sauce.

Do try these dishes whenever you visit London. If you are coming to United Kingdom then hire London Airport taxi service in advance to save your time and efforts especially if you are with family. All these dishes are mouth watering for me you can share your favourite dishes in comment section.

Will be used in accordance with our Terms of Service
More posts from Lisa Scott
Add a blog to Bloglovin’
Enter the full blog address (e.g. https://www.fashionsquad.com)
Contact support
We're working on your request. This will take just a minute...
Enter a valid email to continue