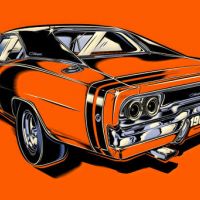 Tax on cryptocurrency- The US Internal Revenue Service has released a new tax form that requires you to reveal all your crypto transactions. The tax form is required to complete your 2020 tax return.

The IRS has released a new tax form asking whether a citizen has acquired, exchanged, or sold a financial interest in the virtual currency this year. Earlier, the agency had sent letters to 10,000 people, warning them to pay taxes on their cryptocurrency transactions.

In the new tax form, IRS is asking if any taxpayer at any time during 2020 has received, sold, send, exchanged or acquired any financial interest in any virtual currency, as reported by CNBC. The question asked by IRS seems quite vague as Sarah-Jane Morin, partner at Morgan Lewis in San Francisco told CNBC that moving your own cryptocurrency from one wallet to another could be considering “sending.” Failing to report these transactions could result in being audited and penalties in the form of prison time and fines.

The tax agency sent letters to 10,000 taxpayers with crypto transactions.

Back in July, the IRS had sent letters to 10,000 taxpayers who they suspected had made profits from cryptocurrencies. Many had speculated that IRS gathered information from Coinbase’s database. Earlier, a citizen from Washington DC had filed a court case against the tax agency to stop them from collecting his crypto transactions, but the court rejected the argument made by him.

Save
Subscribe to Posts by Mahmudul
Get updates delivered right to your inbox!

Will be used in accordance with our Terms of Service
More posts from mahmudul9
Add a blog to Bloglovin’
Enter the full blog address (e.g. https://www.fashionsquad.com)
Contact support
We're working on your request. This will take just a minute...
Enter a valid email to continue