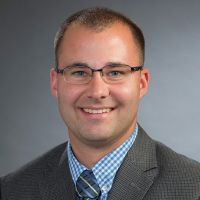 Touré: A Snapshot of His Writing Career

Very few people are as outspoken and well-versed as Touré is when it comes to matters concerning life as a black person in America. Even fewer people have done as much as Touré has to explore the culture and success of black people in America despite the overwhelming odds that have been stacked against them.

Through television, print media and podcasts, Touré has shed a lot of light on what it means to be a black person in this day and age.

In this article, we shall look at some of Touré’s most notable written works throughout his career.

Touré’s interest in the literary arts can be traced back to his time at Emory University where he founded The Fire This Time, a black student newspaper. As part of his duties as the head of publication, Touré also brought in speakers, who he viewed as role models, to the university.

His professional writing career didn’t start until 1992 when he interned at Rolling Stone. During his time there, Touré wrote articles about successful black people such as Jay Z, Migos, Beyoncé and Prince.

Touré has also written for publications such as The New Yorker, The New York Times, The Village Voice, Playboy and Time. His pieces, such as It Takes A Nation of Millions To Hold Us Black and Viewpoint: You Can’t Be An Accidental Racist, have been widely acclaimed by many pro-equality people. Some of his articles have also been included in collections such as The Best American Sports Writing 2001 and the Da Capo Best Music Writing of 2004.

2. Soul City, a novel that is about life in an African-American utopia.

3. Never Drank the Kool-Aid, a collection of Touré’s articles and essays.

4. I Would Die 4 U: Why Prince Became an Icon, a biography on the legendary popstar Prince.

6. The Portable Promised Land, a collection of short stories.

Considered to be some of the most influential works on African-American matters, Touré’s books and articles are definitely worth the read. The way Touré uses his wit, prose and in-depth knowledge of life as a black person in America resonates with many of his readers.

Touré’s literature is definitely worth a read.

Save
5 loves
Subscribe to Posts by Md Rasel
Get updates delivered right to your inbox!

Will be used in accordance with our Terms of Service
More posts from Md Rasel
Add a blog to Bloglovin’
Enter the full blog address (e.g. https://www.fashionsquad.com)
Contact support
We're working on your request. This will take just a minute...
Enter a valid email to continue