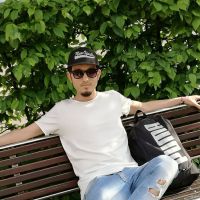 It would certainly be an understatement to say it's been a rough decade for the EA Sports' "NBA Live" series. Despite multiple cancellations, poorly received editions and a near complete erosion of a once strong fan base, the publisher continues to invest heavily toward a potential turnaround. The goal for this year wasn't to challenge the competition, but rather recapture some credibility and build a product that can offer something different to the marketplace.

Under those parameters, "NBA Live 18" should be considered a success. It has delivered fun gameplay, a compelling, well-designed career mode and authentic ESPN presentation. Unfortunately, it comes up short in just about every other area, especially in regards to its Franchise mode.

As sports video games have become more complicated, their potential base of consumers has in some ways become more limited. Whether it's someone who is brand new to the games, doesn't have a lot of time to dedicate to them or doesn't have expert-level knowledge of the sport, many have felt left behind or shut out in recent years.

"NBA Live 18" does a good job of being a more welcoming option for consumers. The game is fairly accessible for everyone, with success made possible in the most basic of areas that naturally lead to fun like shooting (a simple shot meter with feedback), dribble moves (utilizing the right stick with shoulder button modifiers), dazzling passes and alley-oops (based on face buttons and shoulder modifiers) and even play-calling (basic court diagrams and symbols that make running them seem possible).

Just as critically, the gameplay experience tends to play out organically due in part to the skill level displayed by the players on the court. Player abilities seem to matter more than ever, with success or failure possible based on utilizing their strengths and mitigating any weaknesses.

Will be used in accordance with our Terms of Service
More posts from Paul Stalker
Add a blog to Bloglovin’
Enter the full blog address (e.g. https://www.fashionsquad.com)
Contact support
We're working on your request. This will take just a minute...
Enter a valid email to continue