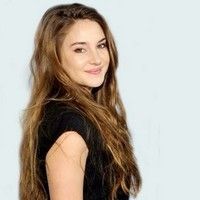 For instance, in case you are handling a project for which you would have to run 200 test cases, and almost 10 people are working on this project. In that case, 10 people testers would be performing 20 test cases every day. As a result, the total test case execution time will be high, and, the test might be completed in 2 days. However, if you have opted for automation testing instead of manual testing, then, in that case, the overall testing time will reduce. In fact, you would be able to close the testing process in a day without any hassle. Also, the number of people involved will reduce greatly.

Apart from the fact that automation testing reduces the overall time of testing and deployment, one of the other reasons that it is adopted is because it ensures quality at early stages. As, if a tester knows topnotch automation techniques, then in that case, he or she would be able to identify the flaws early on. The testing teams will be able to oversee the project at an early stage and find out the main problem areas. And, if they will be able to identify the main problem areas, then it would be much quicker and simpler to solve the issues sooner. Therefore, there is no doubt about the fact that if a good testing strategy is conceptualized, then quality can be ensured at a very early stage of the development project.

Automation testing is on a rise and it is only expected to grow and become more preferable over the passage of time. Therefore, the need and demand of both automation testers as well as tools and techniques is increasing at a rapid pace.

This post is tagged in:
Save
1 love
Subscribe to Posts by Jessica Cyrus
Get updates delivered right to your inbox!

Will be used in accordance with our Terms of Service
More posts from Jessica Cyrus
Add a blog to Bloglovin’
Enter the full blog address (e.g. https://www.fashionsquad.com)
Contact support
We're working on your request. This will take just a minute...
Enter a valid email to continue