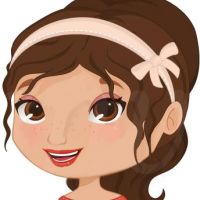 Books From the Backlog #175

Books from the Backlog is a fun way to feature some of those neglected books sitting on your bookshelf unread. If you are anything like me, you might be surprised by some of the unread books hiding in your stacks.

If you would like to join in, please feel free to enter your link and link back to this post, then spend some time visiting some of the other posts at Carole's Random Life in Books blog.

When magical bad guys hurt people, I take care of them. Permanently.

This doesn’t make me popular with the rest of the magical community — as you can tell from the numerous break-ins and assassination attempts I’ve endured over the years. But thanks to my half-elven blood, a powerful sword named Chopper, and a telepathic tiger with an attitude, I’ve always been able to handle my problems with aplomb. Maybe some cursing and swearing, too, but definitely aplomb.

That changes when my boss is afflicted with a mysterious disease, a government agent starts investigating me, and a godforsaken dragon shows up in the middle of my latest job.

I’ve taken down vampires, zombies, and ogres, but dragons are way, way more powerful. And it doesn’t look like this one is going to like me.

Worse than that, he wants to use his magic to compel me to do his bidding, as if I’m some weak-minded minion.

That’s not going to happen. I’d die before being some dragon’s slave.

But if I can’t figure out a way to avoid him, save my boss, and get rid of the government spook, I’m screwed. Or dead. Or screwed and dead. And that’s never comfortable.

Pick up Sinister Magic today to see if I make it. Even if you don’t care about me, I promise the tiger is cool.

WHY DID I PICK THIS ONE?

I spotted this one at Angela's Angel's Guilty Pleasures blog. She gave it a high rating and a very enthusiastic review. So, when I saw it for sale on Chirp last year, I grabbed it to listen to right away. Well, I let it sit, but then with #FraterfestRAT and #COYER Halloween RAT, I thought it was a good time to pull it off the shelf.

This post is tagged in:
Save
1 love 4 comments
Subscribe to Posts by Sophia Rose
Get updates delivered right to your inbox!

Will be used in accordance with our Terms of Service
More posts from Sophia Rose
Add a blog to Bloglovin’
Enter the full blog address (e.g. https://www.fashionsquad.com)
Contact support
We're working on your request. This will take just a minute...
Enter a valid email to continue