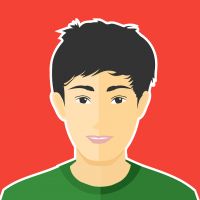 Lenney Leong and the Art of Marketing From Starving to Entrepreneur to Marketing Superstar

Lenney Leong owes everything to his parents. He used to see how his mother made anywhere between $7 and $8 per hour. He admired his mom's work ethics and humility. One day, all of his family was hungry and they only had $20 to spend and they were deciding whether to buy food at a local coffee shop or not. The reason for this is that if they paid for that, they wouldn't have enough funds to pay for rent. This was back in 2003 when Lenney was 6 and he lived in Toa Payoh, a estate in Singapore. Ever since then, Lenney's life purpose was to help his parents who were a cab driver and a supervisor, financially speaking so as to allow them to retire from work. While he hasn't yet achieved that, he says he needs just a few more years to do it, have in mind that he's only 23 right now. From this experience, he also learned how to value money given the many obstacles his family had to face in this regard.

When Lenney Leong was 17 years old he started his first business. It was a cooking academy. This is very impressive since that was not an easy business to set up at such a very young age. This would only be the first one to come though. Afterwards, he would establish a physiotherapy company and then a bakery store in collaboration with a friend.

It wasn't until a few years later that he realized that marketing was his life's purpose. He is now the owner of a very important marketing agency called Get Customers that specializes in creating content and direct response advertisement. In this era, people want valuable information and Lenney Long is there to help customers deliver exactly that to their customers. Also, Get Customers focuses on direct response advertisement because it has quick results and they are highly trackable.

He is not in it only for the money though, he cares for the environment and for this reason, he has taken measures to tackle the environmental problem we are facing today as featured in the Clean & Green Singapore organization.

Lenney Leong Best Success - 7.2 Million Views with One Video Shot in Half a DAY

Right now, videos are the most attractive type of content out there. According to a study made by Databox, videos drive 59,3% of all ad clicks on Facebook with 29.6% being images second. Lenney Leong

First of all, Lenney suggests focusing on saving. Given the situations he and his family had to pass as detailed at the beginning, he learned how to value the good habit of saving. Even though he has attained a degree of financial today, he still lives frugally.

Gratefulness. Nothing guarantees that you will be receiving the same amount of income you are receiving today. Even if that number is more or less, you still have to be grateful for what you currently have. You should never become arrogant nor despise your situation no matter how hard it can be.

Learn by the example. While reading success stories is always good just like it is to hear and apply advices from other people, there is no better way to learn how to live than by following the examples of others. This holds specially true if those people are your parents who have a great influence on you since you live with them on the most important moment which is childhood. Lenney saw how hard his parents work to maintain the family, for this reason, he still has that same work ethic today. He even adds that as a business owner, you may not know if you will get results no matter how hard you work, nevertheless, persistence is key to achieving one's dreams. Having faith also works.

Save
Subscribe to Posts by Yarii Rock
Get updates delivered right to your inbox!

Will be used in accordance with our Terms of Service
More posts from Yarii Rock
Add a blog to Bloglovin’
Enter the full blog address (e.g. https://www.fashionsquad.com)
Contact support
We're working on your request. This will take just a minute...
Enter a valid email to continue