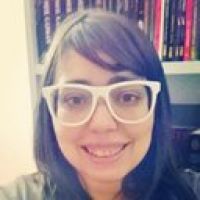 The 5 most important safety forecasts for Symantec

Most of us at Symantec are fact-based, data-driven people. However, predicting the future always requires speculation. To get our forecasts for 2013, we started by talking to hundreds of security experts at Symantec to gather their thoughts and ideas. Then we reviewed these ideas, we argued a lot, and reduced everything to a few predictions that we believe can provide real insight into where we believe the threat landscape is coming.

When these projections are based on what we see today, they also reflect where we believe things go according to our many years of experience, our understanding of threat development, and our experience of previous cybersecurity trends.

1. Cyber battle is becoming the standard

In 2013, and later, conflicts between countries, organizations and people will play a key role in the cyber sphere.

Espionage can be successful and easily denied when it is done online. Each nation state does not understand that many examples have been given over the past few decades. Peoples or organized groups of people will continue to use cyber strategies in an attempt to destroy or destroy protected information or funds of their goals. In 2013, we will see the cyber equivalent of a saber rattling, in which nation states, organizations and groups of people use cyber attacks to reveal their strength and "send a message"

2. Ransomware is your new software

When a fake antivirus program begins to disappear as a criminal enterprise, a new and sharper model will continue to appear. Ransomware input software.

Ramsomware goes beyond trying to cheat its victims; trying to intimidate and intimidate them. They can now use force instead of flimflam to steal their goals. Because persuading people to spend money is no longer necessary, we can predict methods of extortion to become harsher and more destructive.

Mobile adware or "malware" is a nuisance that disrupts consumer experience and can potentially expose cybercriminals to location information, contact details, and device identifiers. Spyware - which sneaks into the user's device after downloading the application - often sends pop-up alerts to the pub's notifications, adds icons, changes browser preferences, and collects private information.

As clients, we place great trust in social media - by sharing personal data, spending cash on in-game credits, and passing items to friends. As these networks are beginning to look for new ways to make money on their platforms, enabling members to buy and send real gifts, the growing trend in social spending also provides cybercriminals with new ways to prepare the ground for attack.

5. When users switch to cloud and mobile devices, they will be the same for attackers

In addition, because unmanaged mobile devices continue to enter and exit corporate programs, as well as collect information that is later stored in different clouds, there is a greater likelihood of violation and targeted attacks on information on mobile devices. When users add programs to their phones, they detect malware.

Some mobile malware copies old dangers such as stealing information from devices. But it also generated new turnover on older malware. For example, in the era of modems, there were threats that dialed 900 numbers owned by hackers. Nowadays, mobile malware sends premium SMS accounts that can be used by villains. In 2013, you can be sure that mobile technology will continue to develop, thus creating new opportunities for cybercriminals.

This post is tagged in:
Save
Subscribe to Posts by Yehana Mccoy
Get updates delivered right to your inbox!

Will be used in accordance with our Terms of Service
More posts from Yehana Mccoy
Add a blog to Bloglovin’
Enter the full blog address (e.g. https://www.fashionsquad.com)
Contact support
We're working on your request. This will take just a minute...
Enter a valid email to continue