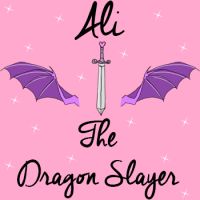 Two sisters, their grandmother’s old house and Angharad… the girl who cannot leave.

Meredith discovers a dusty sewing box in a disused attic. Once open the box releases the ghost of Angharad, a Victorian child-woman with a horrific secret she must share. Angharad slowly reveals her story to Meredith who fails to convince her more pragmatic sister of the visitations, until Verity sees Angharad for herself on the eve of an unseasonal April snowstorm.

Forced by her flighty mother to abandon Gull House for London, Meredith struggles to settle, still haunted by Angharad and her little red flannel hearts. This time, Verity is not sure she will be able to save her…

Carol is a writer, feminist and flâneuse. Her home is in beautiful West Wales, a place whose legends and landscape inform her writing. She writes contemporary fiction threaded with elements of magic.
Her second book, SNOW SISTERS, was published on 21 September, 2017 by Honno, the Welsh Women’s Press. It has been chosen by the Welsh Books Council as their October Book of the Month (for independent shops.)
GHOSTBIRD, her first novel, was published in March 2016. The book was chosen as Waterstones Wales and Welsh Independent Bookshops ‘Book Of The Month’ for April 2016. It was longlisted for the Guardian ‘Not the Booker’ prize 2016 and nominated for the Guardian Readers’ Book of the Year 2016.Praise for SNOW SISTERS
“Lovekin’s words soar like the birds, who see everything”
Louise Beech – ‘How To Be Brave’

I read Ghostbird by Carol and absolutely loved it so it was with a little trepidation that I began Snow Sisters, how could it possibly live up to such high expectations? Well, have no fear, Snow Sisters is every bit as delicious if not more so.

Carol writes in such an enchanting style, it’s almost lyrical. Once you begin reading you drift into a magical, mythical world that wraps itself around you so that real life no longer exists.

Strongly female based this explores the relationships between Meredith and Verity, their weird mother Allegra. Her obvious preference of child really riled me and I couldn’t fathom if she was cruel or crazy. The sisters have a charming bond. Their grandmother Mared and ‘spirit’ Angharad all form such a wonderful group.

The scenic nature of ‘Gull’ house conjures up magical images. I live where seagulls cry constantly so understand the chilling eerie sensations they can create.

The achingly painful narrative of Angharad is absorbing and at times harrowing.

As a reader you can feel the icy atmosphere, hear the voices, see the magical gardens, the simplicity of snowflakes. There are no words to sufficiently describe the beauty of Carol Lovekin’s writing skills. She can weave a tale that lingers in your mind long after you have finished reading it. Take your time with Snow Sisters relish each moment because it is over all too soon and these characters won’t leave your mind very quickly, in fact some of them have taken up residence in my head!

Thanks so much to Carol and Helena at Honno Press for the opportunity to participate in this blog tour. I read and reviewed voluntarily.

View original
This post is tagged in:
Save
1 love
Subscribe to Ali - The Dragon Slayer
Get updates delivered right to your inbox!

Will be used in accordance with our Terms of Service
More posts from Ali - The Dragon Slayer
Add a blog to Bloglovin’
Enter the full blog address (e.g. https://www.fashionsquad.com)
Contact support
We're working on your request. This will take just a minute...
Enter a valid email to continue