Okay, okay. Before you get your panties in a bunch, let me tell what this blog is NOT:

2. Judgement on different types of parenting.

3. Anything relating to any "judgey" thing someone may inevidably condemn me of.

Now that we have that straightened that out, let's hop right to it.

My husband and I do not teach our children that Santa is real. Or the tooth fairy. Or any other imaginary figure for that matter. That does NOT MEAN I think people who DO teach their kids those things are wrong, or silly, or bad parents. Don't get it twisted. I'm simply sharing that we have made the decision not to teach our kids that those figures are real.

And I'm writing this blog post for all the other parents who may not have wanted to teach their kids they were real, but felt pressure by society to do it so that their kids wouldn't miss out on any of the "fun" of it. I want you to know you have the freedom to make your own decisions, and they are not bad decisions. Neither side, is. Let's just get that straight.

So, here is my premise of it all. I felt some pretty intense pressure when the kids were younger that we should do things "this way" or "that way" (all in the name of "fun," right?) And my husband and I ultimately decided that we could do things our way, and it would still be ridiculously fun.

We aren't anti-Santa by any means. We love the Santa songs, read lots of our Santa books, even go take pictures with Santa at the mall sometimes. But my kids know that he is not real. They know the true story of St. Nicolaus and how it all came to be. But when we listen to the songs, read the books and sit on his lap, they know that it is not actually a real Santa character. And it's still super fun. Our focus at Christmas truly is on Jesus. (Insert: I'm NOT saying that if you celebrate Santa that your focus is NOT on Jesus. I really feel like I need to cover all my bases here because people can be very sensitive on this topic.) I'm literally just saying that is where our celebration of Christmas is centered around. And that we give gifts to one another because the 3 kings brought gifts to the baby Jesus. Not because of Santa. 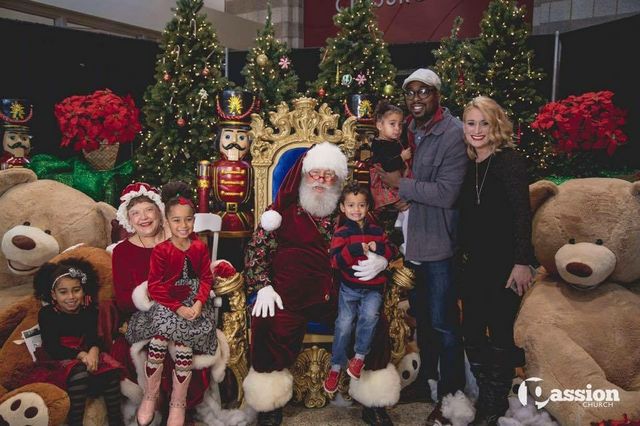 Let me also say, that I have the conversations with my kids not to "ruin" it for other children. They know that other people celebrate differently than us and do tell their kids that Santa is real and that we don't need to shout from the rooftops that "SANTA ISN'T REAL." (I realize the irony in the title of this blog post but it was purposeful in catching your attention and making wild assumptions of what I actually was talking about!)

Our kids know that many people celebrate holidays and milestones in different ways and so we don't go around telling people they are wrong or bad. That is not to say it hasn't happened. There may have been a few slips early on where their truth was revealed for other children and Santa, all of a sudden, became a false character. But we have gotten a handle on it, folks!

Same thing with the tooth fairy. We teach our kids that this character is not real. But that doesn't mean we have to lose out on all the fun. The kids know that daddy is the "tooth fairy" except we created a WAY COOLER character for him to be. Seborn is officially known as The Tooth Ranger in our house, and I am his trusty sidekick.

Whenever the kids lose a tooth, they put it under their pillow and know that daddy is going to come and exchange it for some awesome gift a few coins or dollar bill. They are asleep super fast on those nights. And its JUST as fun as the tooth fairy, if not more.

Plus, this may sound super selfish of me, but I want my kids to know how much effort Seborn and I put into making life wonderful. I want them to know it was us who put so much thought and care into those Christmas gifts under the tree and that fun new toy under their pillow. I want them to know it was us, their parents, who poured out love to them in a "receiving gifts" sort of way, and not some fictional character.

Here is another perk- we never have to worry about them "finding out the truth" or dreading the day where they realize (or we'd have to tell them) that Santa or the tooth fairy are indeed, not real. I've heard it happen both ways, where it made no difference to some kids. And I've heard other stories when people remember the time, place and exact conversation that ensued when they discovered these characters where not real, and the emotions that set in at that time.

All in all to say, we still have TONS of fun, even though we do life this way. Our kids aren't missing out on anything. And we've made our own pretty cool traditions through the different ways we do life anyways. I mean, really, The Tooth Ranger is a pretty cool guy. Their dad. And our kids don't lack imagination or pretend play because of not believing in Santa or the Tooth Fairy. Their imaginations still run wild with adventurous scenarios and pretend playtime.

This is a blog post to encourage those who may want to do things a little differently than the rest of society and I am simply offering you the invitation to GO FOR IT. Be the odd ones. Go against the grain. Your not alone in it, anyways. We are the weird ones as well. Rockin' it Tooth Ranger and Fake Santa and all. 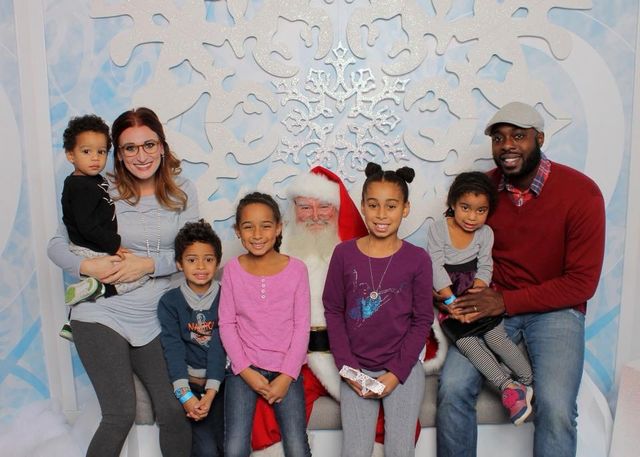 Will be used in accordance with our Terms of Service
More posts from Blog - Meghan Joy Yancy
Add a blog to Bloglovin’
Enter the full blog address (e.g. https://www.fashionsquad.com)
Contact support
We're working on your request. This will take just a minute...
Enter a valid email to continue