I finally got around to cooking some of the chicken drumsticks that I bought last week and they are soooo good! Southwest flavors are my favorite, so marinating the chicken in cilantro lime was a natural choice for me. This savory, garlicky marinade infuses the chicken and creates the most wonderful pan juices, which I then spooned over rice. It’s safe to say that I’ll be making these Cilantro Lime Chicken Drumsticks again in the future.

Don’t have drumsticks? No prob. This would work equally as well with bone-in or boneless chicken thighs. While you could use chicken breasts, I prefer the tender juicy dark meat for baking. If using breasts, I suggest pounding them out thin to increase the meat to marinade ratio and be sure not to over cook them because breasts dry out quickly.

This is also a great recipe for the grill. I don’t have one, so I popped mine in the oven, but the smoky flavor of the grill would be an amazing addition. Not to mention, cilantro lime is such a great summery flavor! I’m over here day dreaming about grilling poolside in the summer sun… Is winter over yet?! 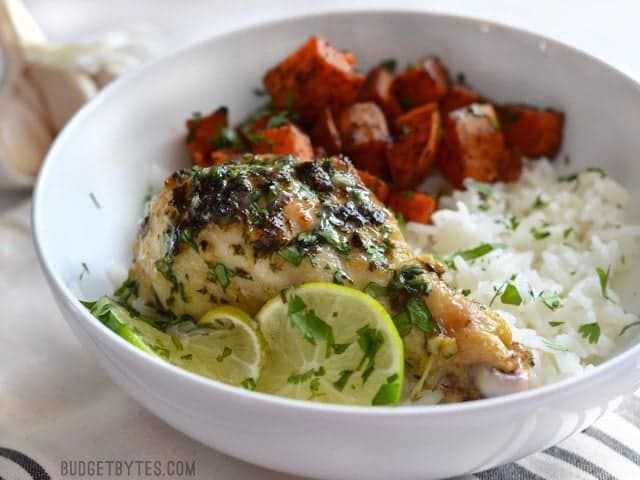 Zest the lime using a zester, microplane, or a small-holed cheese grater. Add about 1 tsp of the zest to the marinade and about 3 Tbsp of the juice (you may need to cut open the second lime to get 3 Tbsp of juice).

Finely chop about 1/4 bunch of cilantro (leaves only). The other 1/4 bunch will be added to the chicken after baking. 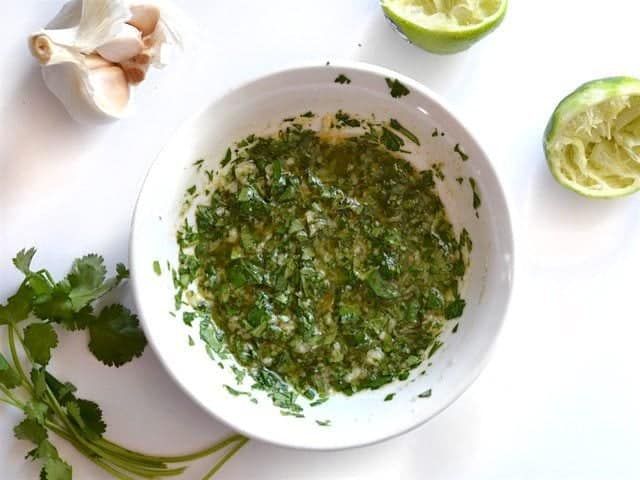 Add the lime zest, juice, and chopped cilantro to the marinade and stir to combine.

When you’re ready to bake them, preheat the oven to 400ºF. Place the chicken pieces in a baking dish, making sure they’re in a single layer and not over crowded (the more space between the pieces, the faster they’ll cook). 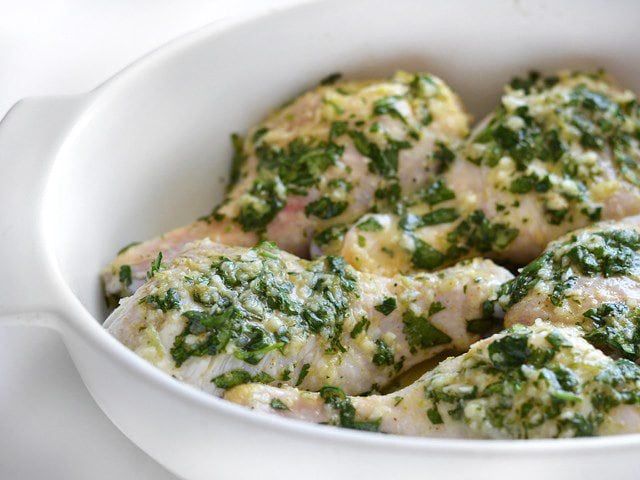 Fresh cilantro has a much different flavor than cooked cilantro, so you’ll want to garnish the cooked chicken with the second half of the cilantro. Chop it fresh just before adding to the chicken. I also added thin slices from the second lime. Gorgeous!

The sauce in the bottom of the dish is TO-DIE-FOR, so don’t let it go to waste. Try not to let the lime slices sit in the hot liquid too long, though, the rind can add a bitter flavor.

I spooned some of that liquid from the bottom of the dish over the rice that I served with the chicken. I also served the chicken with roasted sweet potatoes. Don’t worry, that recipe is coming tomorrow! :)

Cilantro Lime Chicken Drumsticks – A summery meal to knock out those winter blues!

I packed these bowls up for the refrigerator so we could just grab one and reheat when we’re hungry. I put two drumsticks in each container for the boyfriend, and one each for me, so we got four meals out of this dish.


View original
Save
41 loves 98 saves
Subscribe to Budget Bytes
Get updates delivered right to your inbox!

Will be used in accordance with our Terms of Service
More posts from Budget Bytes
Add a blog to Bloglovin’
Enter the full blog address (e.g. https://www.fashionsquad.com)
Contact support
We're working on your request. This will take just a minute...
Enter a valid email to continue