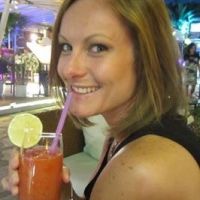 The Hatton Arms in Warwick has reopened with a shiny new look following a refurbishment. A popular venue, it’s got views over Hatton Locks and serves classic British cuisine, with ingredients often sourced direct from the Hatton Estate.

They’ve built a new porch to make a more welcoming entrance, as well as rear bi-fold doors to open up the terrace during the summer and the whole interior has been revamped too including new booth seating.

There’s a new day and dinner menu with a focus on fresh seasonal ingredients with produce coming from top artisan producers including
award-winning Oxfordshire beef from Rowleys butchers in Warwick, venison from Wellesbourne Estates, free range eggs from Chadwick End and breads from Le Petit Croissant in Stratford-upon-Avon.

The menus include vegetarian, vegan and gluten-free dishes plus daily specials and a new bar snacks menu. The Hatton Arms also has new extended dining times from 12pm-9pm Monday to Thursday, 12pm to 9.30pm Saturday and 12pm to 8pm on Sundays. The bar hours have also been extended until midnight on Fridays and Saturdays.

I’ll be popping down for a review soon so watch this space….

View original
This post is tagged in:
Save
1 love
Subscribe to Eat with Ellen
Get updates delivered right to your inbox!

Will be used in accordance with our Terms of Service
More posts from Eat with Ellen
Add a blog to Bloglovin’
Enter the full blog address (e.g. https://www.fashionsquad.com)
Contact support
We're working on your request. This will take just a minute...
Enter a valid email to continue