The other day we made a new homemade sensory snow, and it was SO FUN! This snow foam is unlike any other snow we have made. It is cold and fluffy. It is soft, mold-able, and irresistible to touch. You can make great snowmen with it, & you can make MAGIC snowballs. This snow doesn't bubble like our erupting snow. It FOAMS in a very different way that is mesmerizing and SO COOL!
Snow FOAM 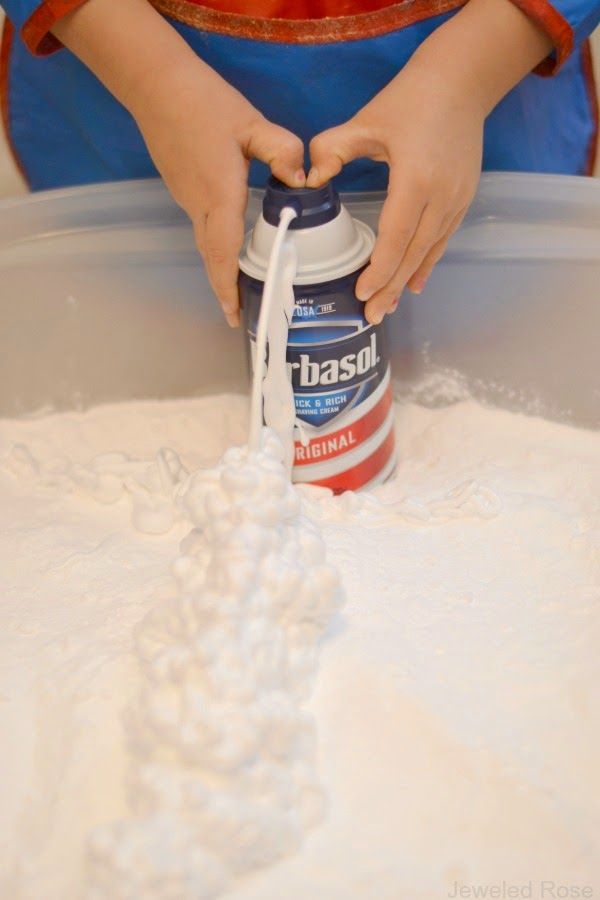 It is fluffy, soft, & ICY cold just like REAL SNOW

You can mold it into perfect snowmen, and it makes the most amazing snowballs

Rosie and Jewel delighted in building in the snow for over an hour. Then, just when they were getting bored I revealed a big secret

Not only does this snow feel almost exactly like the real thing, but it also magically FOAMS when a bit of vinegar is added 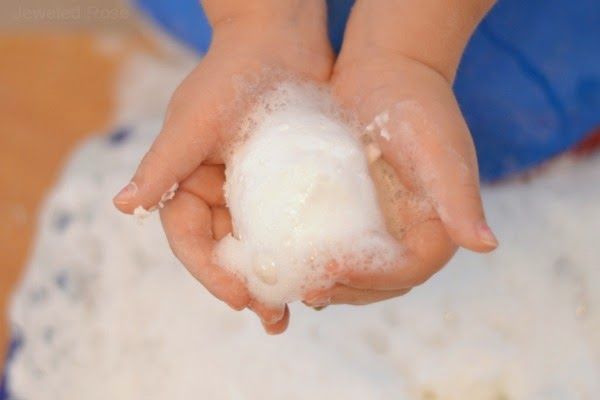 The magical foaming is unique to any other baking soda and vinegar reaction we have seen. The snow doesn't bubble like our erupting snow. It foams SLOWLY. The reaction lasts a long time and builds and builds..... into a HUGE foaming volcano of fun 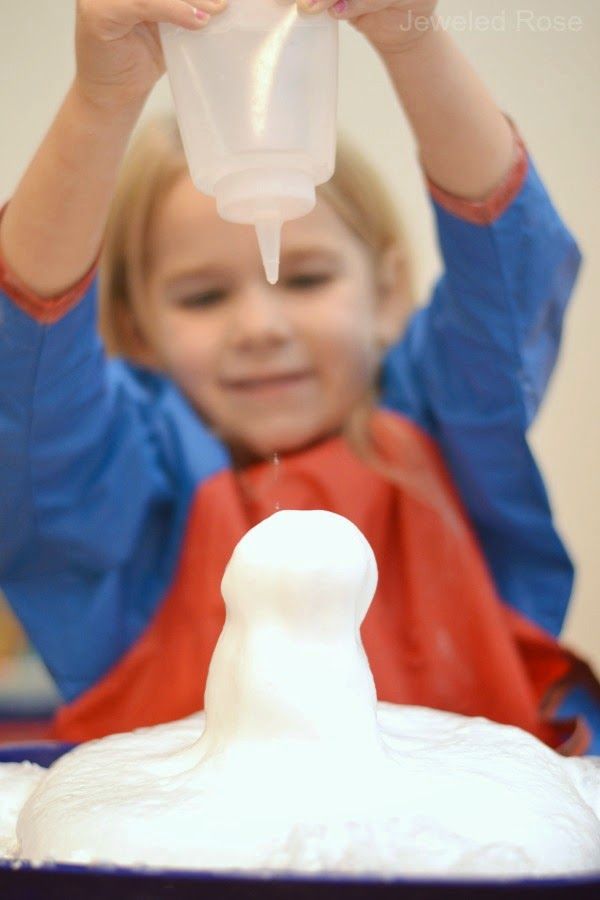 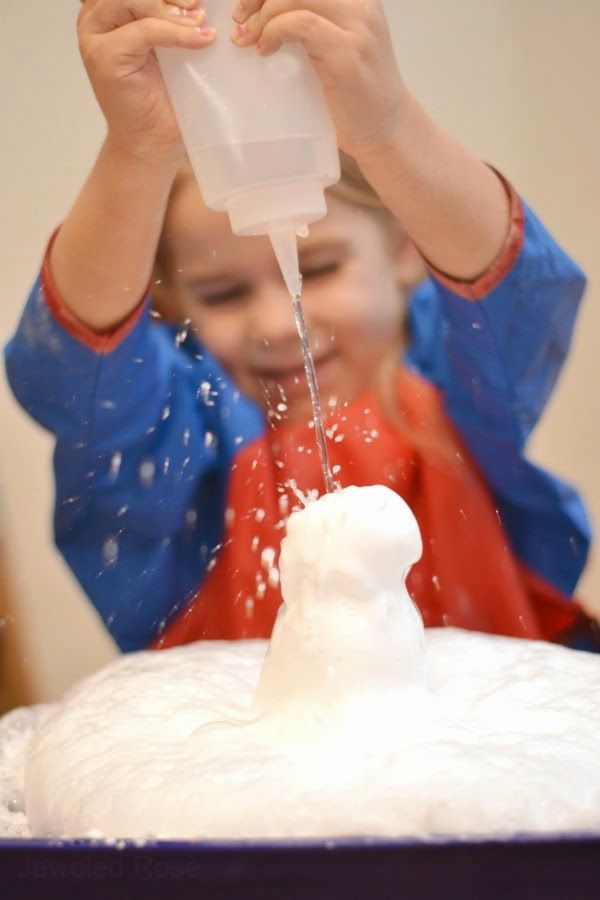 Rosie & Jewel were in awe as they played and had so much fun!

This sensory snow is only good for one use, but that's ok! It costs less than a dollar to make, and it is SO COOL! Really, you must try it! The kids will have a blast!
We have found so many easy & fun ways to make our own snow. Making snow is great for a few reasons. Kids who are anxious for the fluffy stuff can get their fix. This is especially great for kids who live in a place where it doesn't snow. You can explore with homemade snow while warm and cozy inside. Sensory play like this is very calming.... and the list could go on. Trust me, just try it! Any way you make sensory snow is bound to be fun!
Why not try them all?
Erupting Snow Snow Dough Sparkle Snow Snow Slime Snow Paint Other Activities You Might Enjoy: 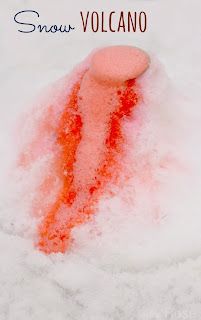 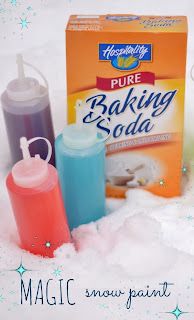 View original
Save
Subscribe to Growing A Jeweled Rose
Get updates delivered right to your inbox!

Will be used in accordance with our Terms of Service
More posts from Growing A Jeweled Rose
Add a blog to Bloglovin’
Enter the full blog address (e.g. https://www.fashionsquad.com)
Contact support
We're working on your request. This will take just a minute...
Enter a valid email to continue