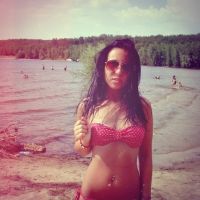 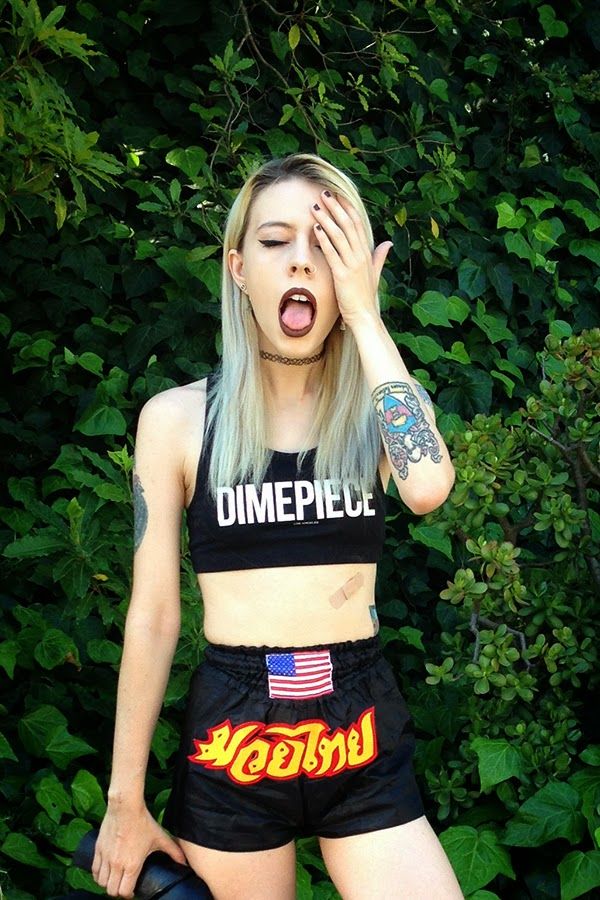 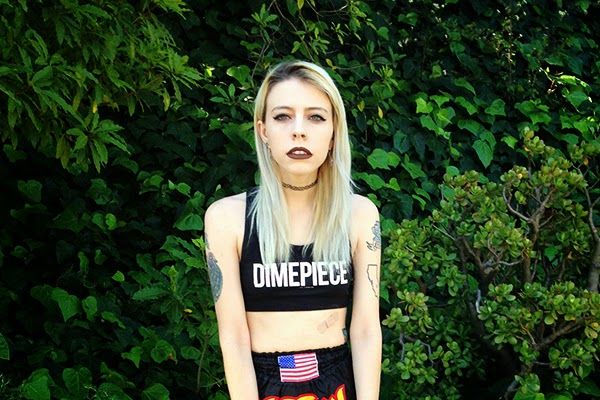 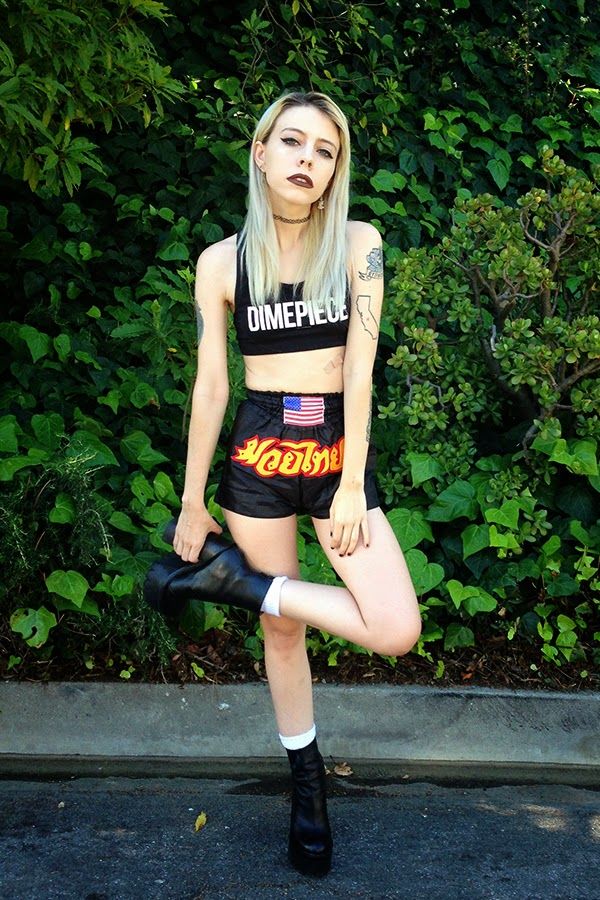 Top - c/o Dimepiece, Shorts - eBay, Shoes - JC Mulders
I think that the internet is chronicling a major change in our species' communication methods. If you think about it, originally, we were visual cultures. We told stories with our hands and drew pictures in the sand and on rocks and on each others' bodies with earth-derived paints. Then, we developed language. And through language, we found new ways to tell stories, with just symbols and sounds. Our visual culture changes from perceiving the ideas through movement to understanding the concepts through the shapes of letters as they appeared on a page. And for a while, it was the power of the written word that controlled our societies. Those who could read, who had access to texts, who could truly understand what was being said by Kings and by Gods and by Lords and by Landowners -- they interpreted things as they chose and passed it down to the illiterate masses. The printing press, when finally developed, was more a tool for democracy than perhaps any other technological advancement. The illiterate masses could suddenly own books, could learn to read, could interpret texts for themselves. Language was power. Books were tools of the rebellion. Words actually meant something.
Once upon a time, the internet was a place about words, too. We read live journals and message boards and wikis and blogs and live-breaking news! People -- anyone! -- could say whatever they'd like, and we could find them and read it all! The internet was a place in which people could SPEAK!
Perhaps two years ago, blogging was at its peak. I would come here, to this place, and write about the things that were on my mind: politics and fashion and social issues. Strange miscellaneous thoughts about trees and about growing older and about living in Los Angeles. And you, my readers, would actually read those thoughts. And I, in turn, would read yours. And in that way, I feel we knew each other. I feel that we truly related.
Blogging gave way to microblogging, and through Twitter, we learned to speak less freely, more succinctly. Be clever and to the point. Be witty and brief. While I appreciated the challenge, I missed the verbosity of blogging. It's not always the point of the story that matters, you know. Sometimes, the part that matters most is the way in which the winding of our prose seems to meet up with the point. Sometimes, the story is the journey and the destination is a bit dull, but at least we had fun getting there, right? Twitter just didn't get that about me, I guess.
Microblogging gave way to visual microblogging. Why use words when you can just use a single image? A picture is worth a thousand words after all, isn't it? And you can scroll past hundreds of pictures in a matter of seconds, taking it all in at the speed of light! Instagram; it is instant. However, things that are instantaneous aren't comprehensive. They aren't complete. Instagram is a very small window on a train that's moving very quickly. Can you truly know anything you see through that window? If a train moves through Budapest going 100mph while you stare through a 3x3" window, does that mean that you were ever actually in Budapest? Did you see enough to say you've seen it? Did you come to know anything about that place through that journey?
Eventually, perhaps, visual microblogging will give way to a whole culture that communicates only through pictures and emojis and abbreviations. Instead of saying hello to each other, we'll project an image of a hand waving in front of each others' faces. Instead of laughing at each others' jokes, we'll project a crying smiley face into the air between us and say "rawful" or maybe use ASL to spell out the letters R, O, F, and L separately like that. The projecting device will have to be attached to our heads if we go that route, I guess. Like Google glasses.
The future is exciting! So why, then, does the prospect of moving away from written language so depress me? Aren't visuals simply a more efficient way of communicating? I think it has something to do with the way in which I, in particular, communicate. I feel lost in the transition from words to images. I think in complete sentences. I want to talk it through. I want to get from point A to point B in my own head with an audience watching. I find comfort in that.
Click. Here is a picture of my face. #selfie. But behind it! There are so many complete sentences in my brain! You know, that big globby thing behind my selfie? I'd rather you know that side of me. The inside globby bit. I want you to relate to me. Otherwise, what's the point of all of this, really? What's the point of the technological experience unless we can put some humanity there into it?
Blogging is so retro. So kitschy. So endearing. My, you must have so many feelings. Isn't that cute.

View original
Save
Subscribe to Jean Greige
Get updates delivered right to your inbox!

Will be used in accordance with our Terms of Service
More posts from Jean Greige
Add a blog to Bloglovin’
Enter the full blog address (e.g. https://www.fashionsquad.com)
Contact support
We're working on your request. This will take just a minute...
Enter a valid email to continue