The UNESCO World Heritage Town of Vigan, Ilocos Sur is a prime example of well-preserved Spanish colonial town in the Philippines and in the region.

With a grid street pattern lined with historical buildings which are preserve not only for its design but function-wise as well, walking the cobbled streets of Vigan is like going back to the 16th century townscape, reflecting a fusion of culture of Hispanic and Oriental heritage. Either you walk or ride one of the horse-drawn carriages locally known as “kalesa”, the main thoroughfare of Calle Crisologo or Mena Crisologo Street is where most of the old housed made of brick and wood with sliding windows made of kapis shells are located. Most of the houses remain untouched, with some abandoned and neglected while others are modified losing parts of its authenticity.

To further understand and appreciate the story behind some of the historical buildings of Vigan is to head inside one of the heritage mansion- the Syquia Mansion, a house owned by the wife of Elpidio Quirino, the sixth President of the Philippines is a good example.

For a very small fee, visitors can enter the mansion and tour its huge rooms, traditional interiors filled with antique furniture and owner’s portraits including a huge replica of Juan Luna’s Spolarium.

More than the design and interior, it is also interesting to learn the background of the owners and the origins of the names – how a Chinese merchant with surname of “Sy Kia” became “Syquia” to make the name more Hispanic sounding, a move to adapt to the power and environment during the colonial era. Vigan is a huge municipality with many things to see more than the old houses at Calle Crisologo. There are the animals of Baluarte, local art museums showcasing works by university Fine Arts students, old churches and pottery shops to name a few. 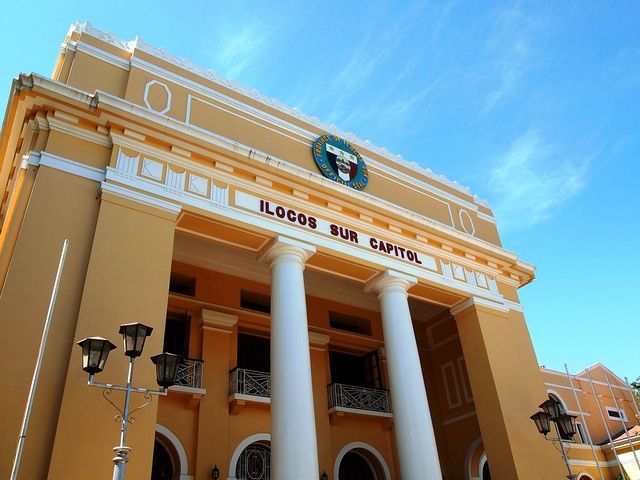 Then there is the picturesque Bantay Belfry, the bell tower of adjacent Saint Augustine Parish Church or commonly known as the Bantay Church.

“Bantay” meaning “to guard” is an appropriate name for the bell tower was used extensively as a watchtower during the Spanish colonial times. In a country where it seems that modern development is unequivocally the priority more than history and heritage, it is my hope that the old houses and churches of Vigan will be able to withstand another test of time.

View original
Save
Subscribe to life to reset
Get updates delivered right to your inbox!

Will be used in accordance with our Terms of Service
More posts from life to reset
Add a blog to Bloglovin’
Enter the full blog address (e.g. https://www.fashionsquad.com)
Contact support
We're working on your request. This will take just a minute...
Enter a valid email to continue