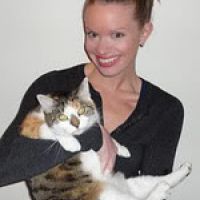 Hey ya'll! I have an awesome art idea for you today. I was browsing Pinterest the other day and came across this brilliant idea on Angela's beautiful blog.

The minute I saw it, I knew I had to make my own, so I flung into action and several hours later, my ampersand art was born.
And I could just leave it at that, but you know I'm incapable of such brevity.
It's a blessing and a curse.


So, before I tell you my life story and share a quick tutorial, here's a few beauty shots of my favorite art project to date.

I totally love the way it turned out, and it looks great just about everywhere I put it. It's currently taking up residence on Vern, and has offered to split the rent with my new house plant, Gardenia. I'm hoping she lasts longer than the previous tenant. I refuse to give up on having a plant. 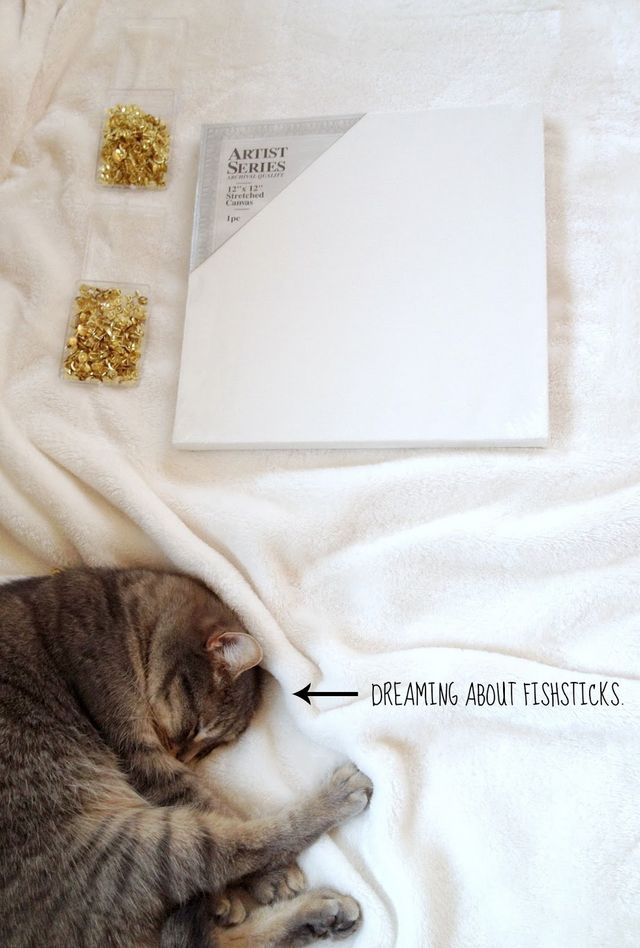 Let's talk about thumbtacks for a minute. I originally wanted to use silver thumbtacks for this project. And I tried so hard, but it wasn't meant to be. I drove all over town looking for them. I tried Walgreens, Joann's, Hobby Lobby, Office Depot, and The Dollar Tree, and all I could find were colorful thumbtacks or those jumbo acrylic pushpins. Target actually sells silver thumbtacks but they were sold out of them. It felt like a bad thumbtack dream.
So, I temporarily gave up and was going to just come home and try to order some online. Then I stopped by Kroger on the way home to grab dinner, and boom.... Thumbtacks. Gold thumbtacks. Isn't it ironic. 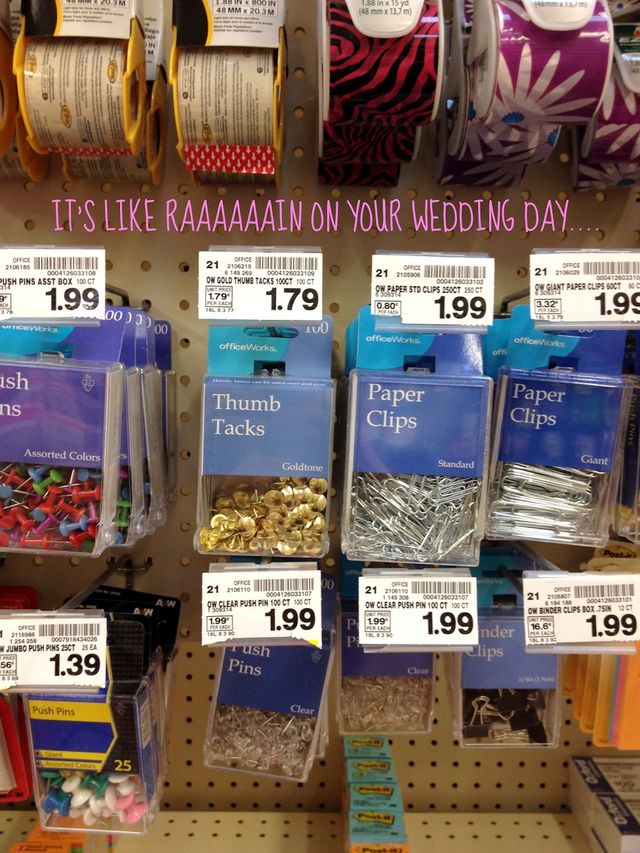 And so that's the story of how I ended up using gold thumbtacks. In the end, I'm kinda glad it worked out that way. If you experience a similar thumbtack hassle, you can find gold ones here and silver ones here (affiliate links).

Anyways, once you've got your supplies, it's pretty straightforward. I just drew my shape onto the canvas with a pencil. Use a pencil with a good eraser, because if you are drawing it freehand like I did, you'll need it. Angela mentioned in her tutorial that she printed a template and traced it onto her canvas, but my printer hasn't worked since 1992. So, it was manhand or bust. 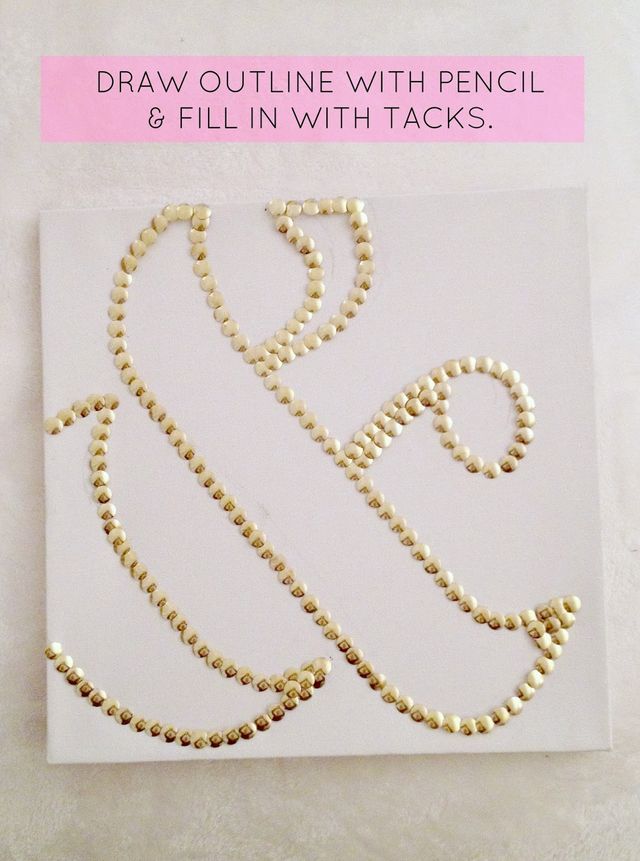 Then I just started filling in the spaces with tacks. This part took forever. Luckily, Jesse was away with his friends in Michigan on a snowmobiling trip, so I had endless hours to catch up on Nashville episodes and push 700 tacks into a canvas. Why can't Raina and Deacon just make it work?!?! 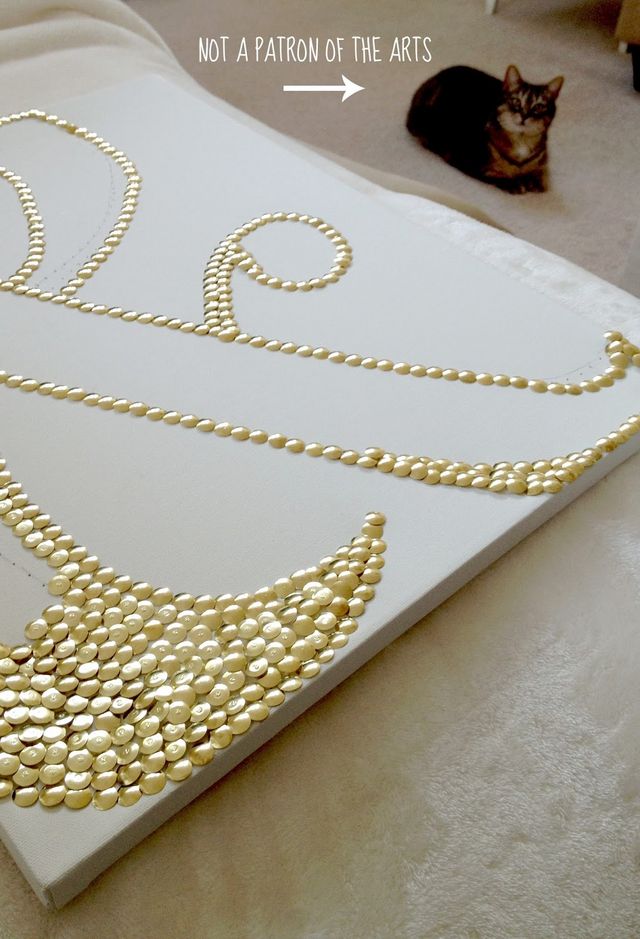 I found it best to work in small sections at a time, working in rows. You can see in the below quality nighttime picture that the tacks near the edges of the canvas are a little raised. After I had filled everything in, I used a hammer to hammer them all the way into the wood and smooth them out. 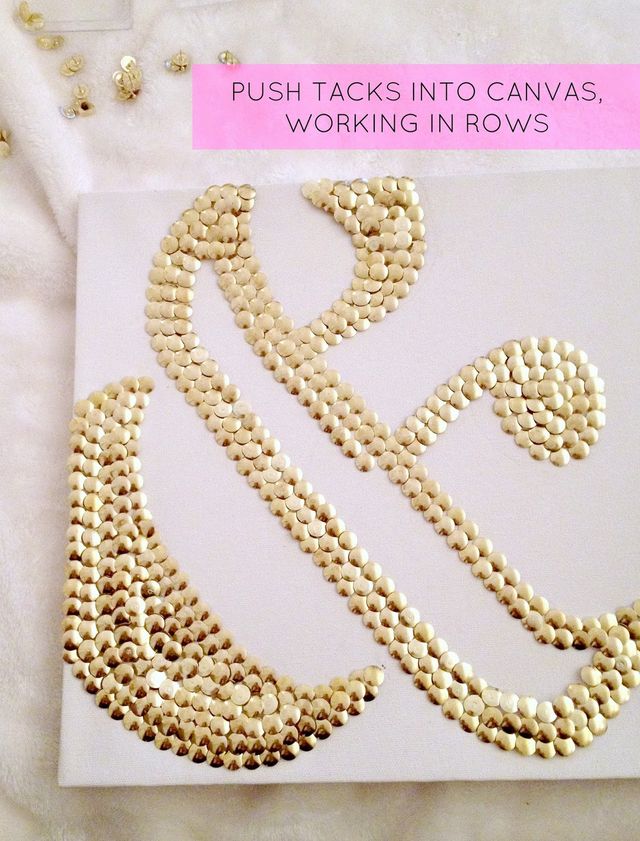 And that's basically it! It took me a couple hours and I ended up with a bandaid on my thumb, but it was totally worth it. Okay, fine, it was three hours and two bandaids, but still. No pain, no ampersand. 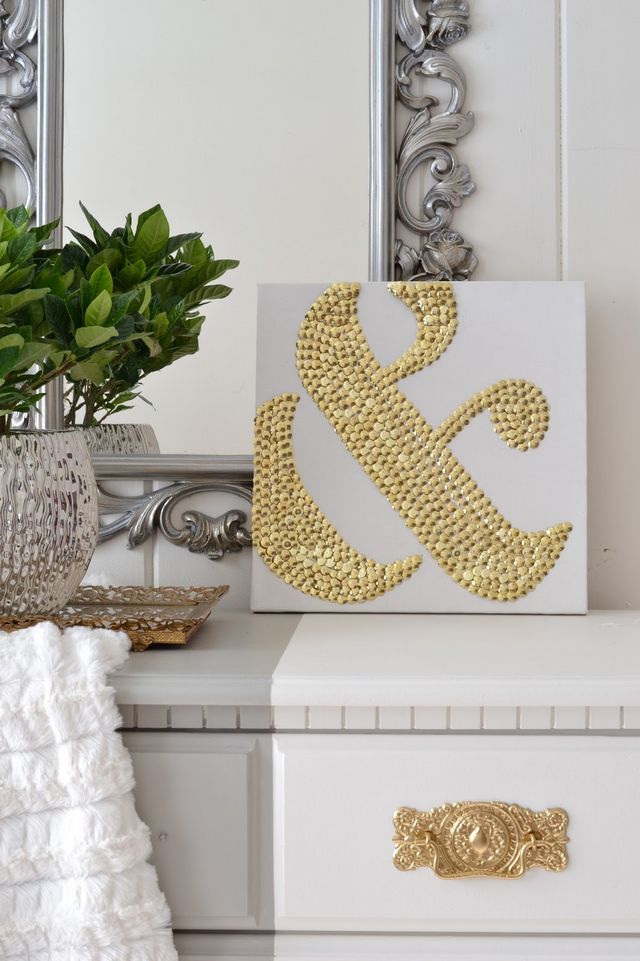 That's all for today, gals! I'll be back soon to share the rest of the bedroom and the craziest thing that's happened to this house yet. By far. Thanks for stopping by. If you're in the mood for more art ideas, you can check out my top 10 from last year. Some good, some bad, some utilizing that printer that broke back in 1992. 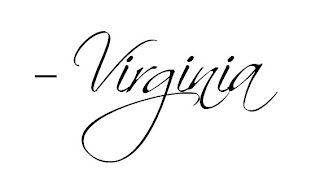 Subscribe to LiveLoveDIY with email!
Enter your email address: