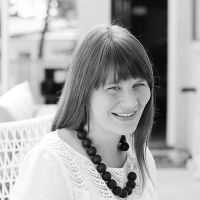 
Today I'm going to share a tutorial on the teepee I made for the boys' birthday party. I've had a few questions about it and I actually ended up sewing it twice so I thought it may be helpful to some of you if I share what I learnt from my teepee sewing endeavours. I'm really happy with the end result and hope that you like it too.
The boys have had a lot of fun playing with their teepee and it ended up being the focal point of the boys' party. So when my first teepee sewing experience went wrong I didn't have a choice but to try again. I originally followed this tutorial, but used much thinner poles (1/2"). Well, Little Pilot, being the comedian that he is, decided he would use the teepee as a ghost costume. He fell with his "costume" and one of the poles snapped in half. Clearly the teepee wasn't sturdy enough for my boy! The first incarnation of this teepee also featured pockets that held the poles and I found making the pockets took up a lot of fabric and the teepee became really narrow. So when I had to replace the poles I came up with a design that used elastic loops to hold the fabric to the poles. The elastic worked really well. I was able to get a larger teepee and it actually held the fabric taut along the poles much better. The second version ended up being much better and sturdier for my boys. You can see what kind of abuse it's already taken in the photo of Co-Pilot pulling Little Pilot under one of the sides of the tent. And, yes, Little Pilot still tries to wear it as a costume despite being told not to.
I'm quickly going to talk about the look of this teepee. The black and white Marimekko fabric was another remnant piece that was sent to me by FinnStyle. I've had a lot of fun coming up with projects to make out of fairly small pieces of fabric (outdoor art and a beanbag pouf). I still have another one that I'm working on this week and a great give-away for you as well coming up! The Lokki fabric that I had for this project was not enough to make the entire teepee, but I like how using it for the front panel really brings your attention to the teepee entrance. I also feel the wavy black and white lines are somehow really appropriate for a tribal/teepee look. The white canvas fabric and the fabric I used to make bias tape around the teepee door were both from Ikea. Ikea really has a good selection of affordable heavier weight cottons that are perfect for a project like this. The orange leather cord around the top was chosen since orange is Little Pilot's favourite colour. Making the teepee myself ended up being more work than it should have since I made it twice, but in the end it is one of a kind and exactly my style. Hopefully, it's the boys' style too. So far there have been no complaints. ;)

How To:
Cut the teepee pieces:
1. From the canvas fabric cut out 5 triangular panels. The peak of each triangle is 7.5" wide, the base of each triangle is 35". The easiest way to cut your first panel is to fold your fabric in half and mark 17.5" from the fold at the bottom and 3.75" from the fold at the top. Then you will draw a line connecting the two marks using a long straight edge (e.g., a yardstick). Draw a horizontal line from each marked point to the fold. Cut along the marked lines.
2. To cut the subsequent panels, continue to fold the fabric so that your top measures 3. 75" and the bottom measures 17.5" from the fold. You will already have the diagonal line from the previous cut to guide you. Repeat this folding and cutting process for another three times.
3. Cut out your contrasting/printed fabric panel. Use one of the panels you cut in the steps above and lay it over your fabric panel. Use the canvas panel as a guide to cut a panel from the printed fabric.
Sewing the teepee fabric:
4. Stitch one of the canvas panels to the printed panel wrong sides together. I used a zigzag stitch around the edges. This step will create a sturdy lining for your printed fabric especially if it is a lighter weight fabric.
5. Make the teepee door opening: Draw a 38" line down the centre of the front of the printed panel starting at the base of the triangle. To reinforce the edges before cutting out the opening, I sewed a long and narrow zigzag stitch one either side of the marked line.
6. At the top of your marked line, use a tight zigzag stitch to reinforce. Then cut the opening along the marked line and between the zigzag stitched lines. *at this point you can sew on bias tap along the opening to enclose the cut edges.

7. Sew the teepee panels together: Each seam will contain four elastic loops. Take one long panel edge and mark the locations of the elastic loops (mine were spaced " apart). Fold your elastic pieces in half (to create the loops) and pin the elastic loops to the wrong side of the panel at the marked spots. You want the ends of each elastic stacked on top of one another and the ends lined up with the edge. Take another panel with its wrong side facing the elastics and the other panel and sew a seam along the long edge making sure to catch the elastics (To reinforce the elastics, I sewed back and forth over the elastic section a few times) *see further notes in the picture below

8. Continue to repeat step 7 three more times with the remaining panels. Do not sew the final seam that encloses the teepee yet.

9. Hem the top edge of your teepee (I used a 1/2" double hem). Then sew the final long seam in the same way as described in step 7 (insetting the elastic loops).

11. Hem the bottom edge and make pockets for the poles: The bottom hem in the teepee is completed one panel at a time. Since the bottom hem is angled you will have a little extra fabric as you shorten the length (i.e., hem it). This extra fabric is what you will use to create pockets to hold the ends of the poles. You will first want to iron a 1 1/2 " double hem all around the bottom of your teepee fabric. To make the pockets I hemmed each panel separately. I placed a pole inside my hem at the seams at either end of each panel to use as a guide for how large to make my pockets. I pinned the hem in place around the poles marking where to start and stop my stitching so that the pole would fit in the hem. I stitched from one mark to the next and continued to stitch the remaining panels the same way one at a time. *Just to further clarify: There is no sewn hem at the pocket spots.

12. You may have already completed this part, but I sewed my binding on the opening at this point which reduce the bulk at the bottom hem.

13. Assemble your teepee: Slide a pole through the elastics from the top. Place the end of the pole inside the pockets you created in step 11. Bind the tops of the poles together using cord/rope/twine. You will want to tie the teepee poles at the top at height that will give enough tension to allow the panels to sit fairly taut. I had my husband help position the tops of the poles while I got the sides in the right position. To make it simple to assemble each time drill holes through each of the poles at the height you determined above. It is also helpful to tie your cord around and zigzagging through each of the poles to keep it taut.

I still have a couple more DIYs to share with you from the party and the actual party photos. There's also the Fall In Love Room reveals coming up next week so there's more kitchen and more party posts coming your way. I hope you don't mind!

Will be used in accordance with our Terms of Service
More posts from Nalle's House
Add a blog to Bloglovin’
Enter the full blog address (e.g. https://www.fashionsquad.com)
Contact support
We're working on your request. This will take just a minute...
Enter a valid email to continue