The carrot cake that almost didn’t happen. I’d made two previous to this one…the first didn’t cook through, the second was far too dense. I temporarily gave up due to lack of carrots and eggs (had I not been so tired late in the evening I might have just nipped out for more supplies there and then but bed was calling!) . 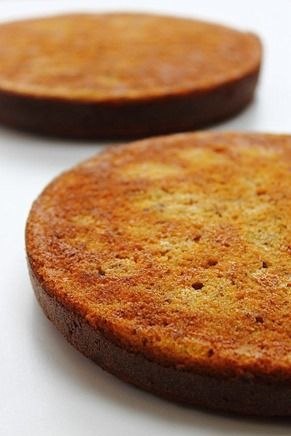 I did some more calculations in one of my many notebooks which might sound very scientific but really I was just trying to find some sort of balance between my previous failed attempts and the ideal carrot cake I had in my head. 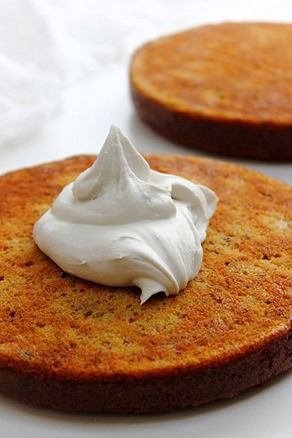 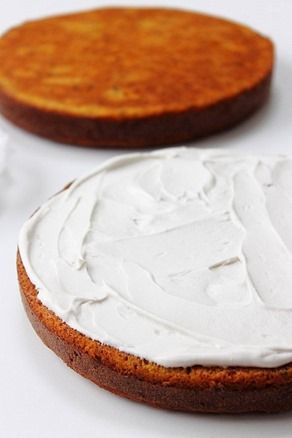 Sweet but not overly so, light yet satisfying and hearty, wholesome but not in the savoury sense.

I don’t like a tacky carrot cake nor one that is too eggy. Two less eggs, more coconut oil, less almond flour and as it look would have it less than 24 hours later I had carrot cake success. Or so I hoped.

The cakes had risen, the came out of my new loose bottom non stick sandwich tins with ease and sat on the cooling rack looking pretty, awaiting “icing”… 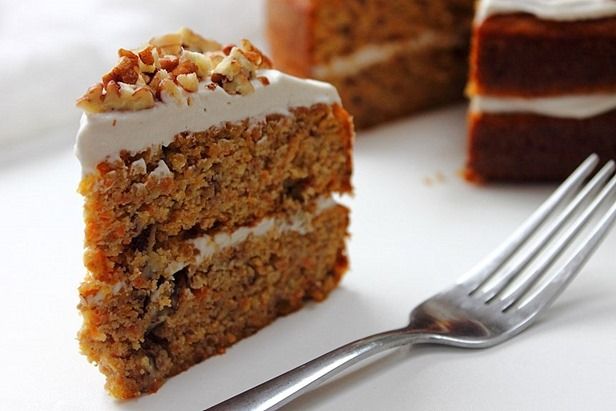 Coconut cream in the middle and on top…even those first few photos of the whole cake were taken with trepidation. The real test would be in the slicing. Who knew what that cake would look like on the inside. Fingers and toes crossed I eased out the first slice and did a little leap! (Ok it might have been more of an almighty jump up and down!)

It looked like the crumb I’d been dreaming off. Moist but not at al sticking, air pockets that promised a light texture.

And then the first fork full…

More jumping up and down ensued, followed by more snapping and devouring that first slice. Carrot cake success. As good if not better than any carrot cake I’ve ever had. I find the standard carrot cake icing and cakes themselves to be far too sickly sweet but this one hit the nail on the head. Good enough to have anytime of the day if you ask me!

And now it’s gone and I need to fill the void with another paleo donut creation…don’t you think?!?

Line the base of two 8 inch loose bottom round cake tins with parchment paper and grease lightly with melted coconut oil.

Add in carrots and pulse to combine. Finally pulse in the pecans; add them in whole and once you pulse the mixture 2-3 times they will be nice and coarsely chopped!

Divide the mixture evenly between the two prepared cake pans and baking in the preheated oven for 20-22 minutes until risen, browned and a toothpick inserted comes out clean.

Meanwhile pour water out of the can of coconut milk and whisk together hardened cream with all other coconut cream ingredients. Place in the fridge.

Once the cakes have cooked and fully cooled spread 1/2 of the coconut cream on top of one. Place the other cake on top and spread the remaining coconut cream over it’s surface.

Store cake in the fridge in a seal tight container for 2-3 days. Serve at room temperature.

View original
Save
5 loves 8 saves
Subscribe to Peachy Palate
Get updates delivered right to your inbox!

Will be used in accordance with our Terms of Service
More posts from Peachy Palate
Add a blog to Bloglovin’
Enter the full blog address (e.g. https://www.fashionsquad.com)
Contact support
We're working on your request. This will take just a minute...
Enter a valid email to continue