Doesn’t that just make your stomach drop? Bathroom. Renovations. BLAHHHH! The words Bathroom Renovation strike fear in the hearts of homeowners across the world. I don’t know about you but it just feels like they have to be this HUGE MASSIVE EXPENSIVE undertaking. Just thinking through them feels exhausting (demo, flooring, new cabinetry, tile, faucets, lighting, paint, art, and on and on and on.) I’m here to tell you that having an incredible makeover does not have to cost a million dollars and most of it can be overhauled in a weekend. 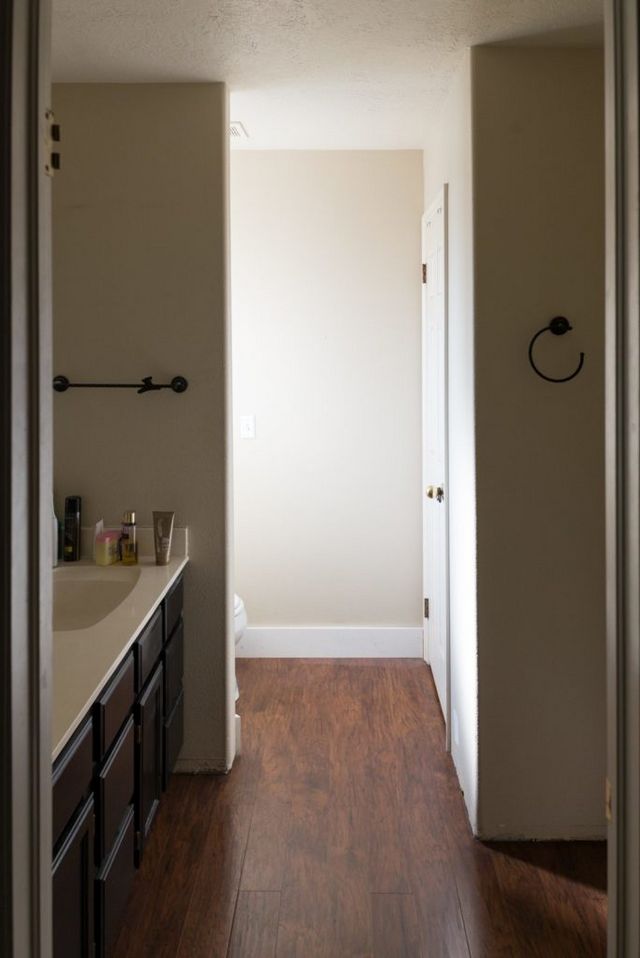 Lets give a rundown of the issues (cause I love hearing what motivates people to work on projects!)
The biggest sore thumb in the space is that horribly ineffective privacy wall. I mean, its too small to actually block the toilet. So either you’re pooping and trying to hide and failing, or you’re pooping and not trying to hid behind it at all, in which case it is failing. The crazy thing is I’m pretty sure that it’s only job is to block as much light and make the space feel as teeny as possible. While it was wildly successful at it, the wall just had to go. 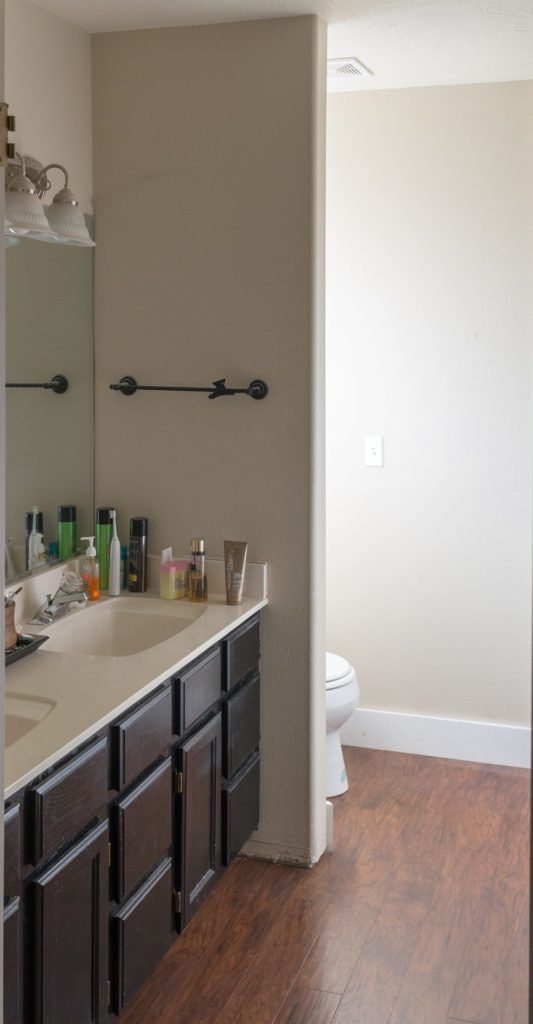 The vanity was installed when the house was built in 1994. A few years ago we painted it black which was better than the red/orange oak…but not much. The drawers are tiny and had issues with rolling and falling off the tracks. We needed to find some real storage that was useable. While we’re on the vanity, let me just say, I love a double sink in the master bathroom. But this space is fairly small and cramped so I needed to really look at reevaluating that situation.

Another huge issue is that the door opened into the bathroom and covered 1/2 the vanity so the access any of the drawers on the left side the door had to be shut. 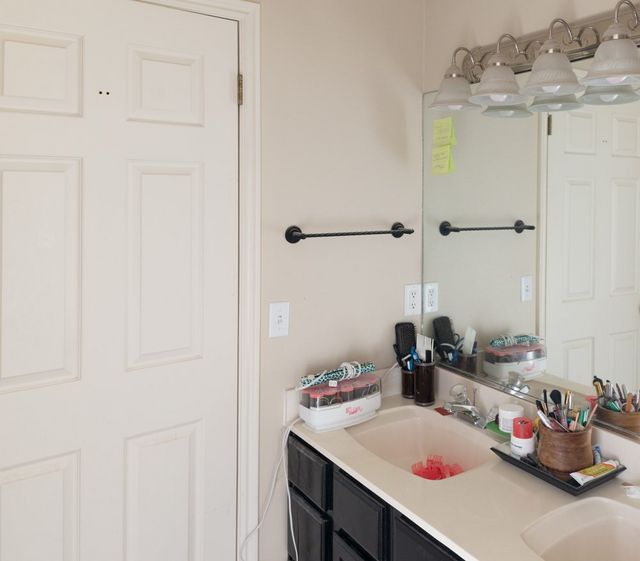 The funnest part is that we had a mere 4 days to get this thing done. Its go time!

We started by demoing the wall and getting rid of the cabinet. 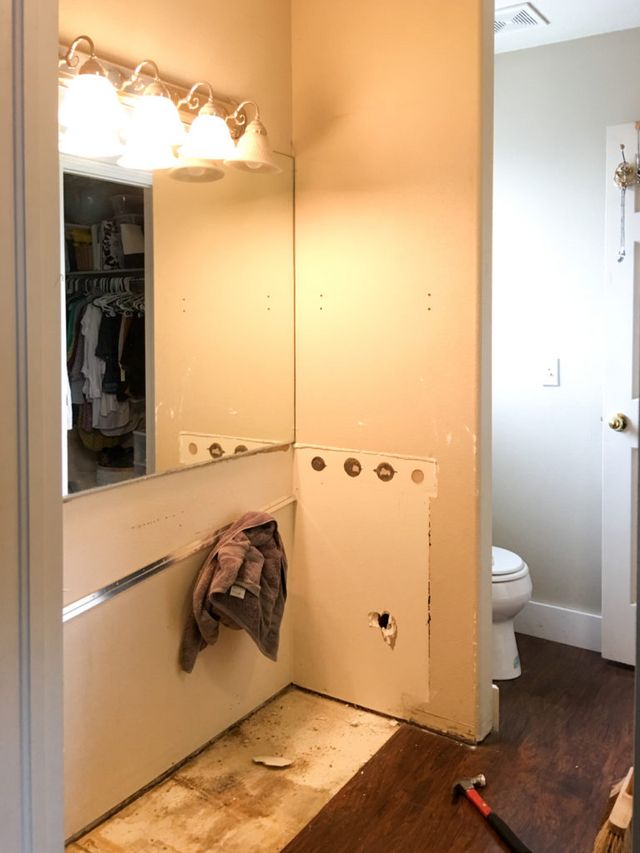 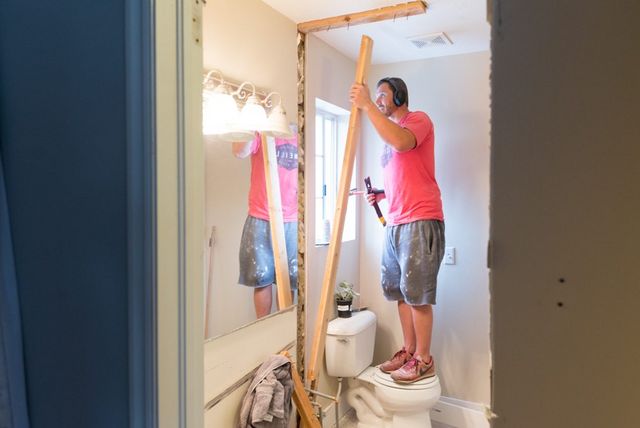 We patched the wall, ceiling, and floor with some leftovers (its the same flooring we used in Ashy’s bedroom) and that put us at square 1.

After we installed the vanity (twice because it was too high the first time #reallife) it was time to tile. You can find all of my tiling tips here! I tiled before we reinstalled the toilet and I feel really good about that decision. Sometimes in my enthusiasm I try to do things out of order, but for once in my life this was right. #tearsofjoy #frommyhusband. 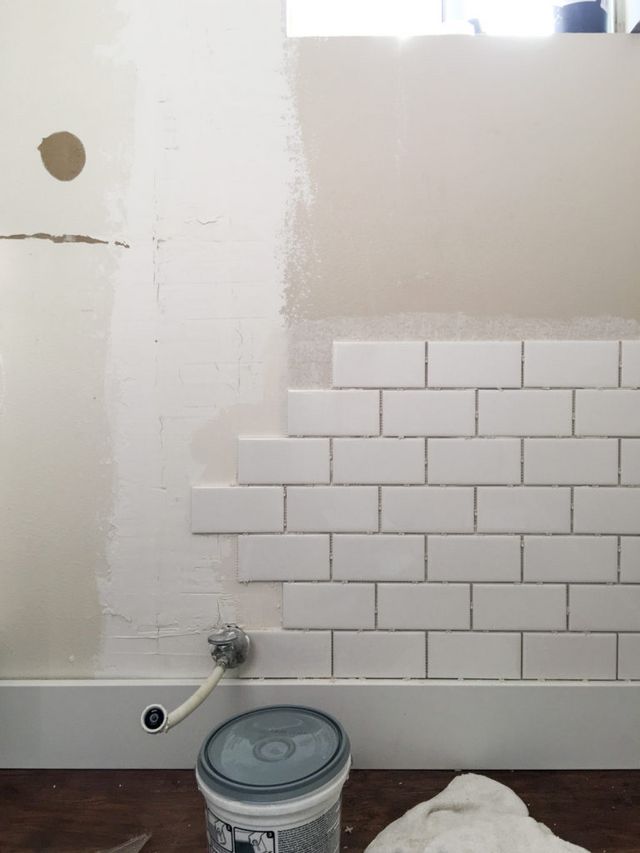 Tiling the wall did 2 things. 1. It made it so that we didn’t have to heavily finish and try to match the texture on the spot that we cut out. 2. It made the bathroom look like we spent a million bucks on it, when in reality I spent less than $200 on tile at The Home Depot. 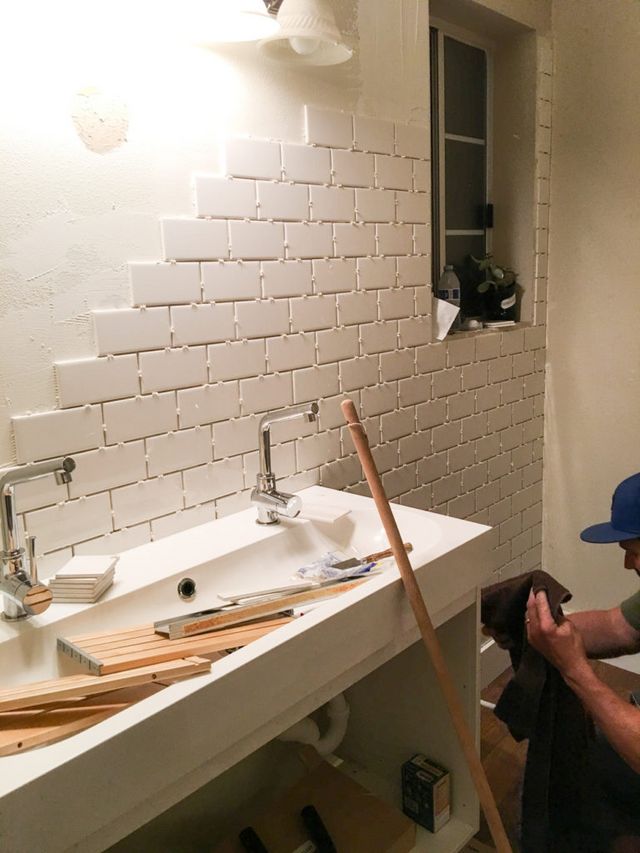 Then it was time to paint. I used Sherwin-Williams PaintShield in Mandi White (white base 3 oz of white pigment in case you’re local Sherwin store has never heard of me) and Emerald in Ripe Olive. I’ve been itching my fingers off wanting to use a muddy dark green and the second that I saw the color in store I knew it was destiny! 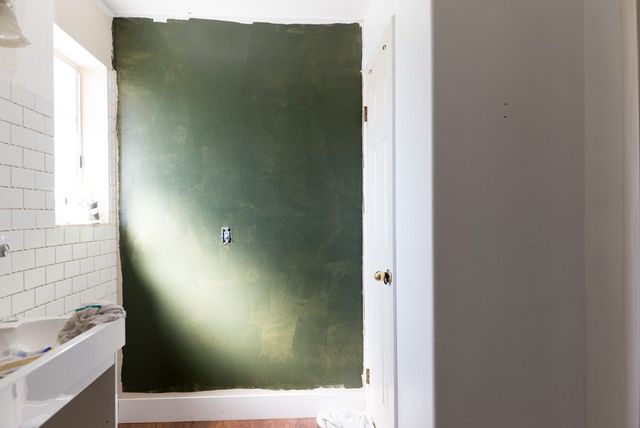 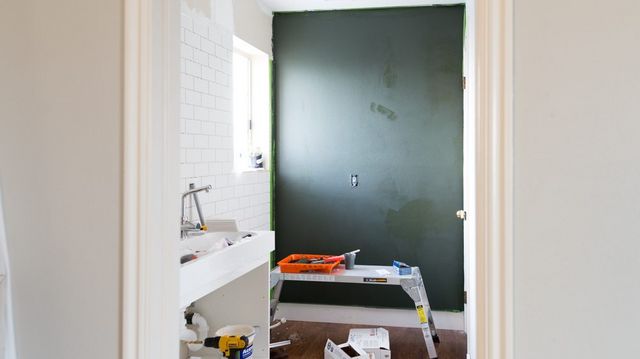 Because of our timeframe I didn’t have time to order parts to make a new light so I pulled this one off of the wall in my living room and hardwired it to the wall in the bathroom. It looks like a million bucks and was freeeee! 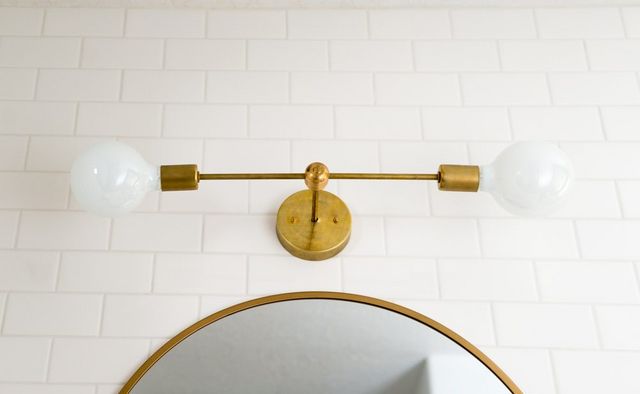 Want to see what it looks like now? Of course you do, I know why you’re here. 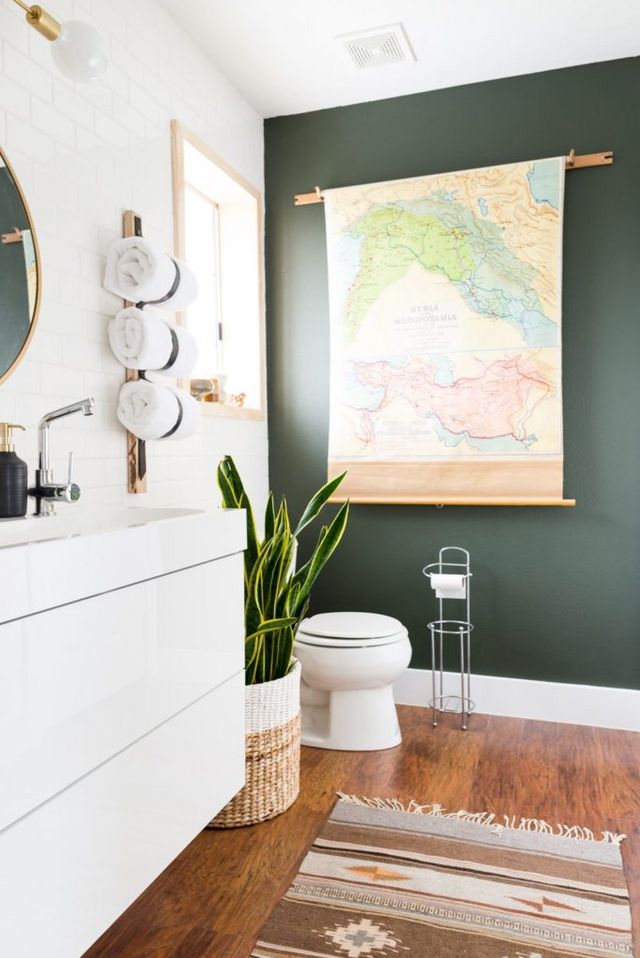 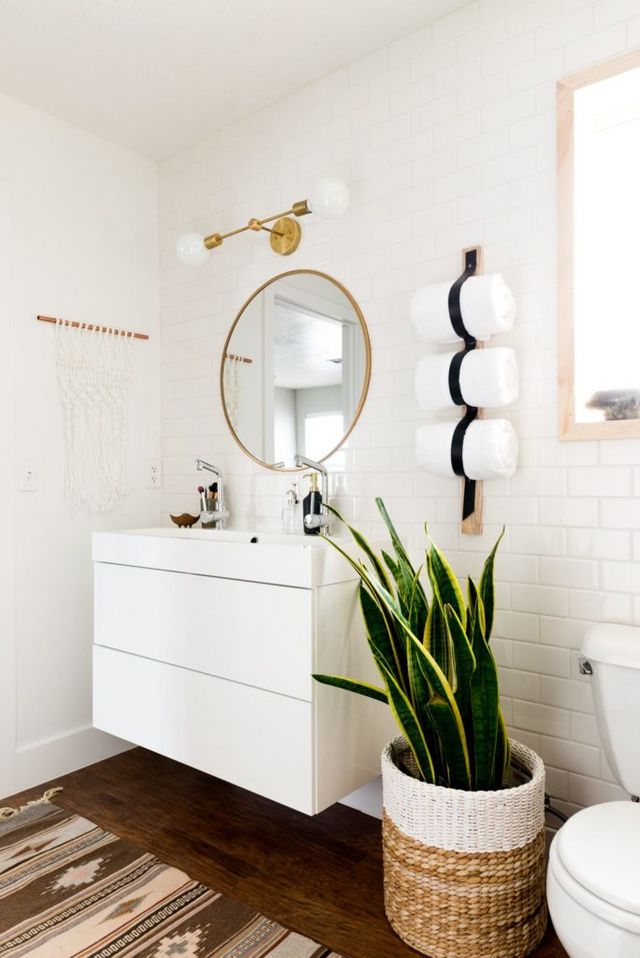 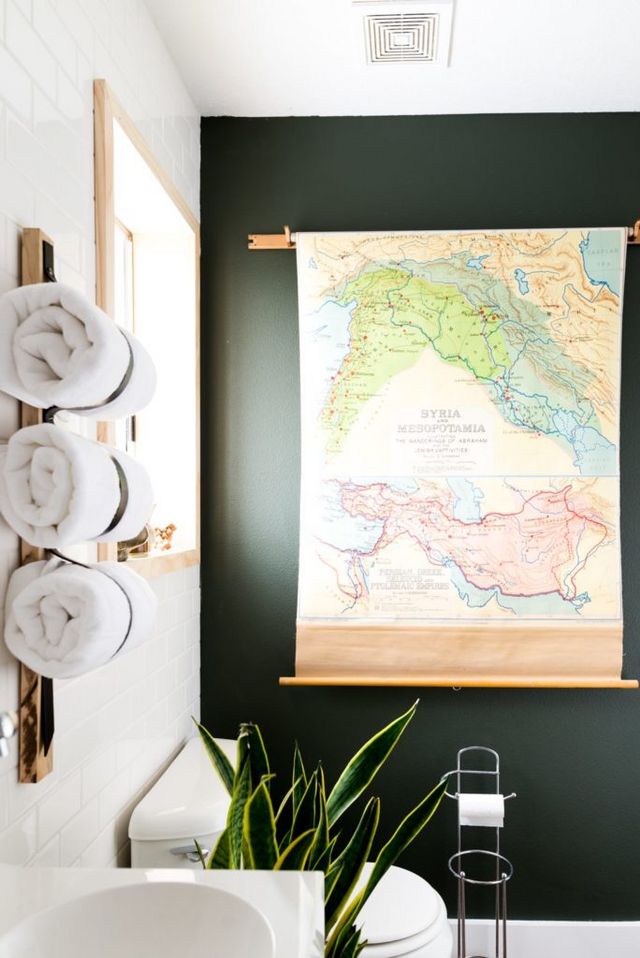 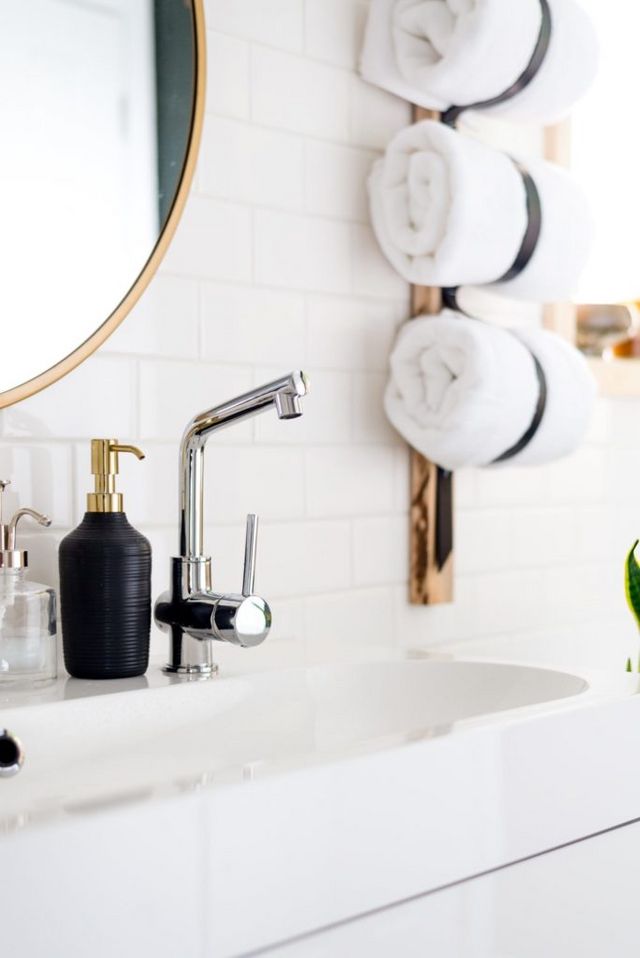 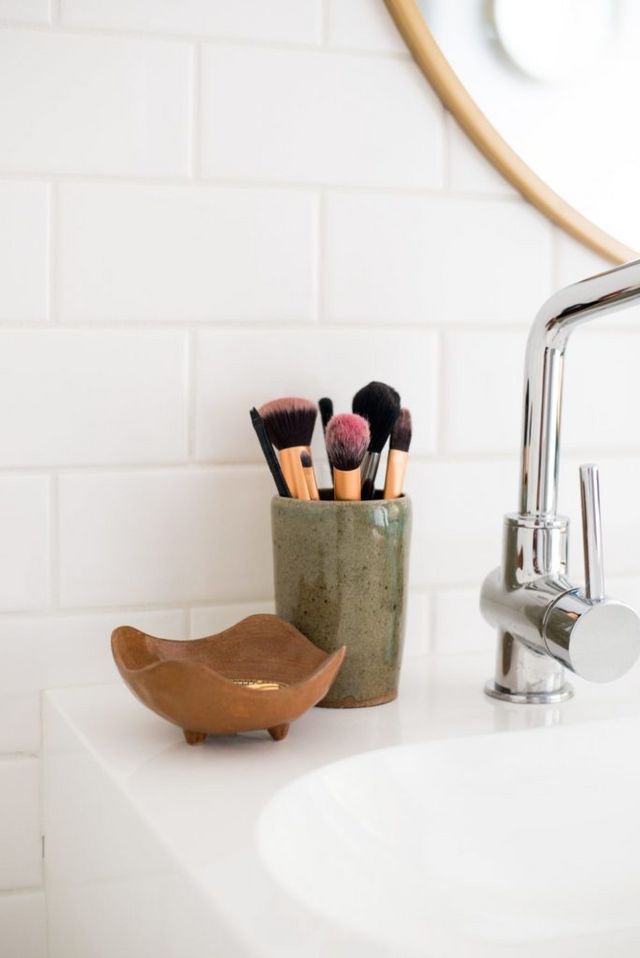 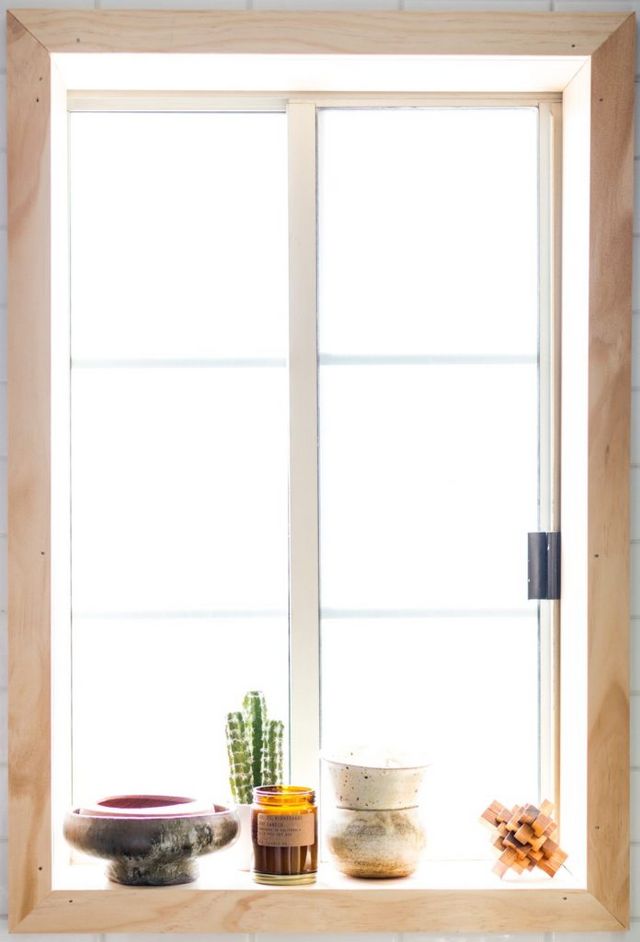 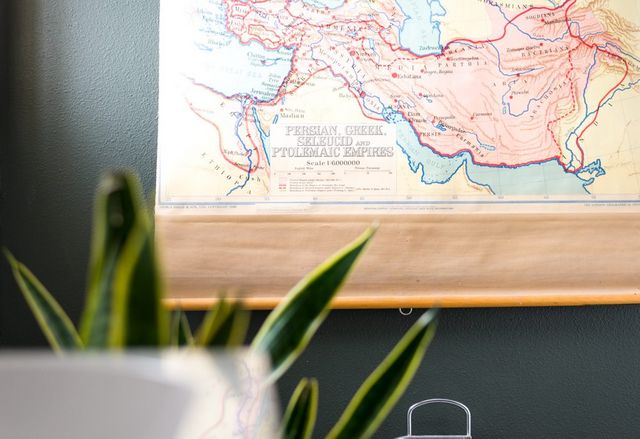 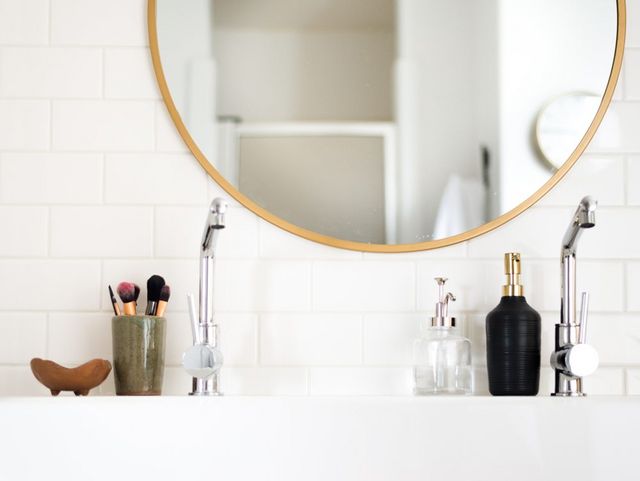 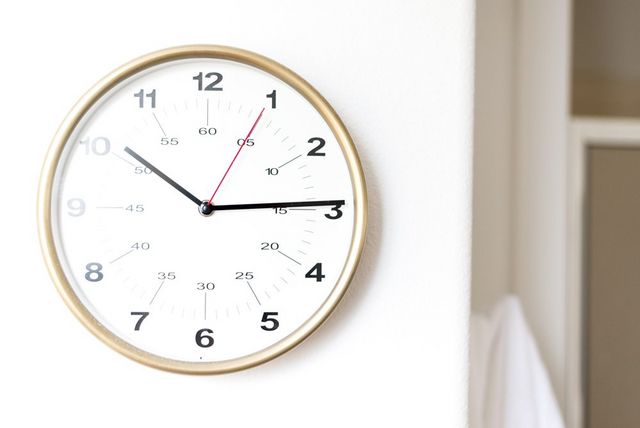 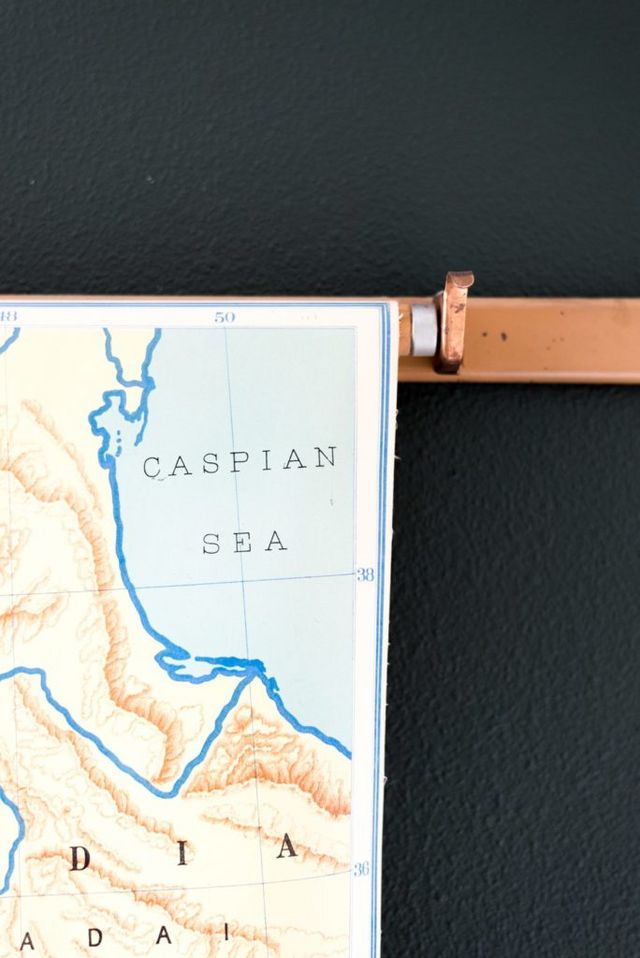 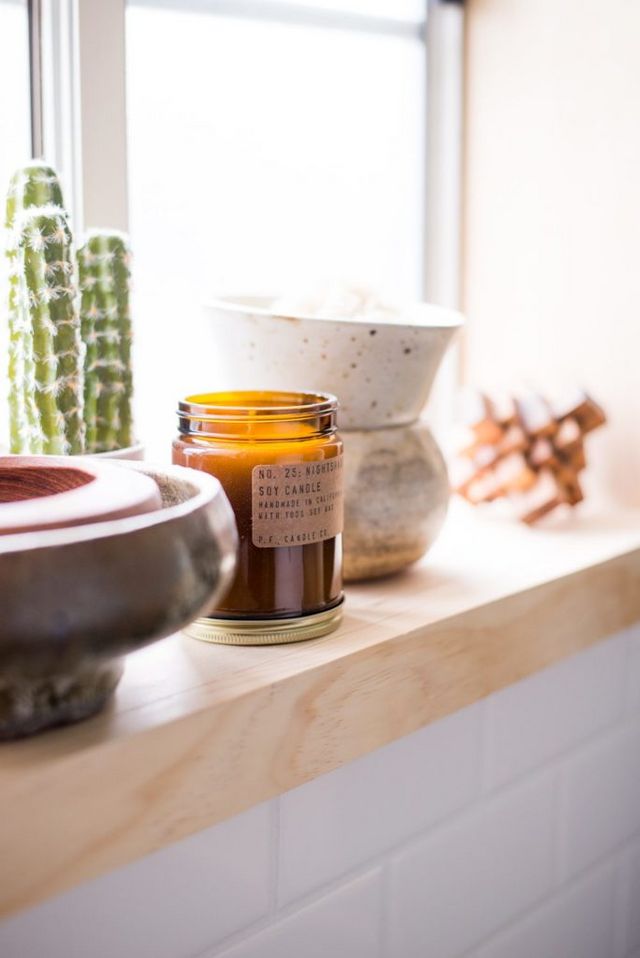 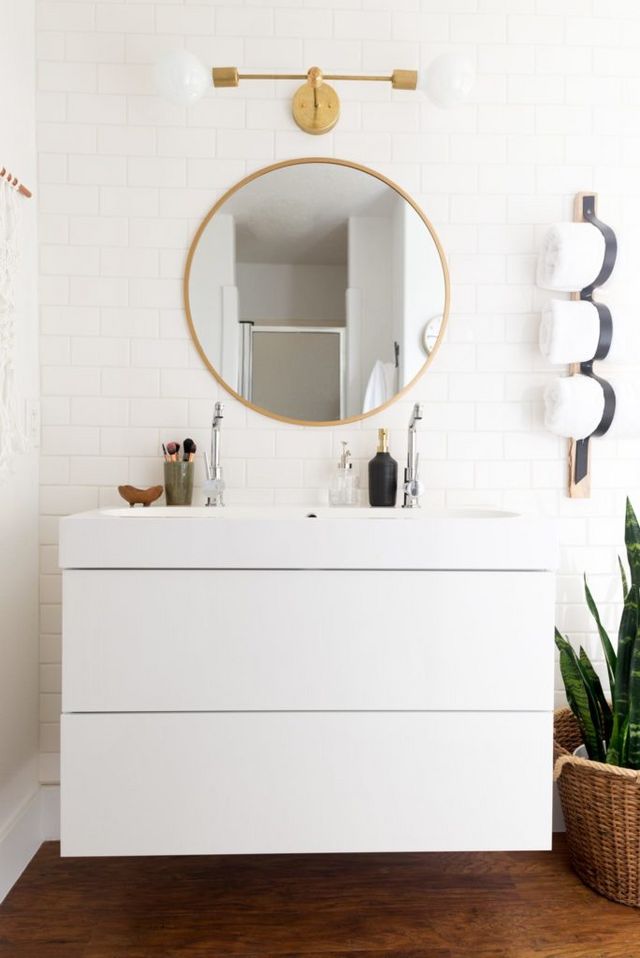 Quite the miraculous transformation wouldn’t you say?

In this room makeover:

View original
This post is tagged in:
Save
32 loves 25 saves
Subscribe to Vintage Revivals
Get updates delivered right to your inbox!

Will be used in accordance with our Terms of Service
More posts from Vintage Revivals
Add a blog to Bloglovin’
Enter the full blog address (e.g. https://www.fashionsquad.com)
Contact support
We're working on your request. This will take just a minute...
Enter a valid email to continue